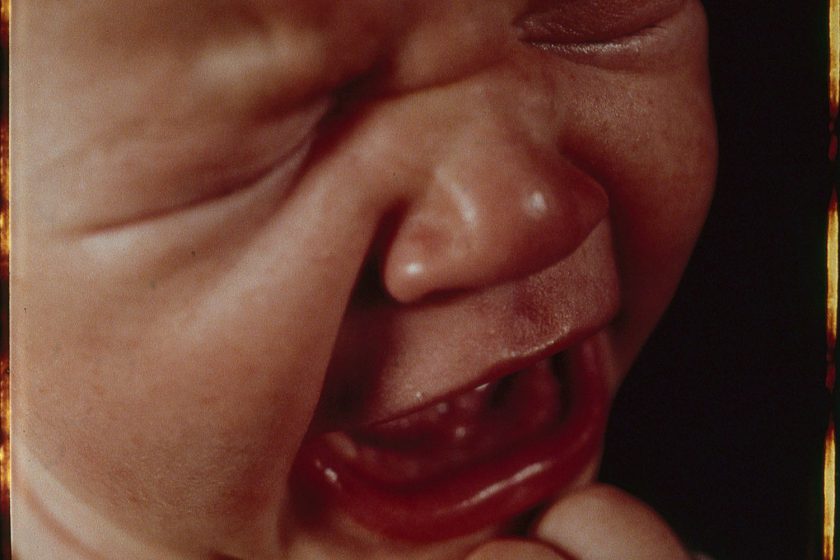 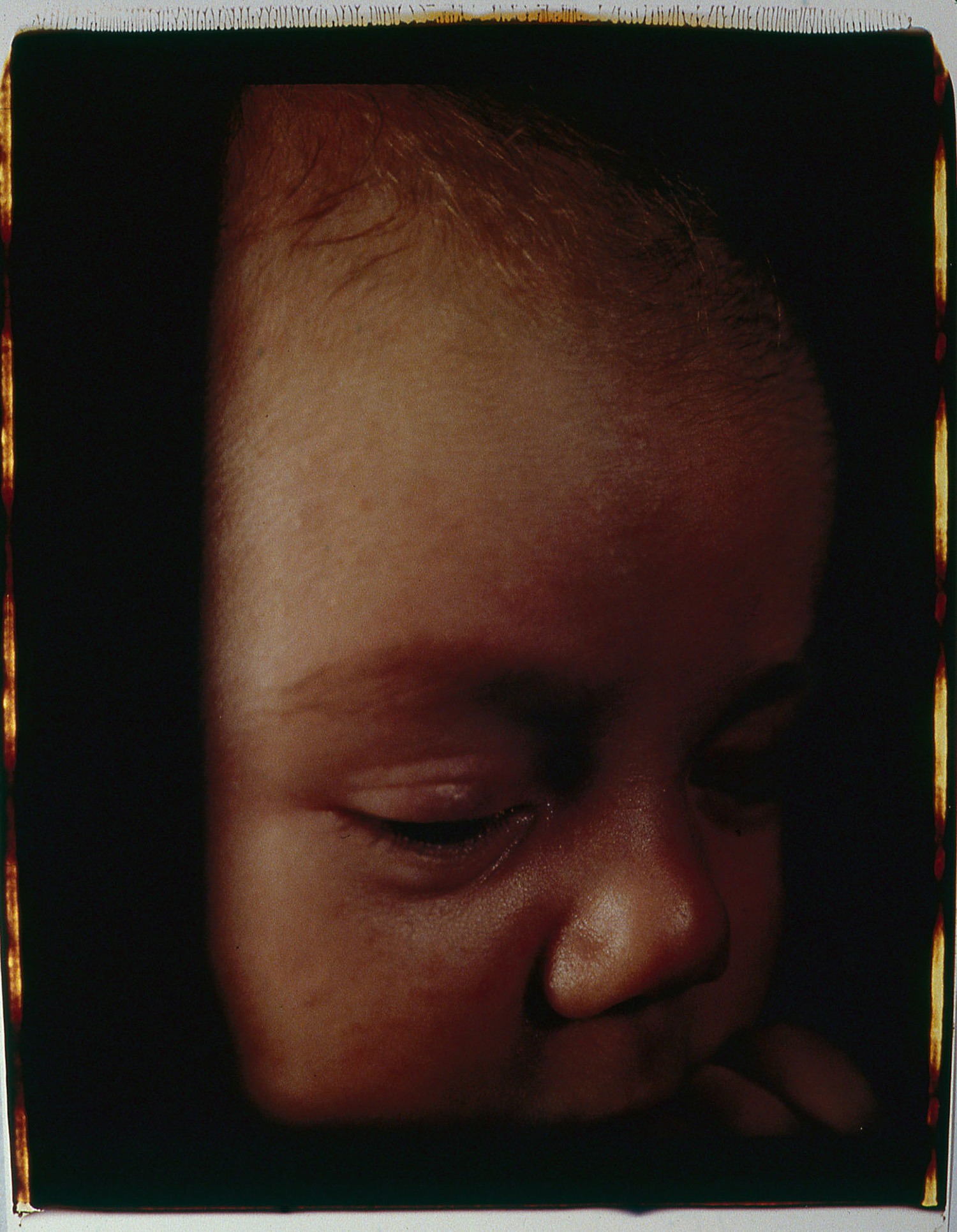 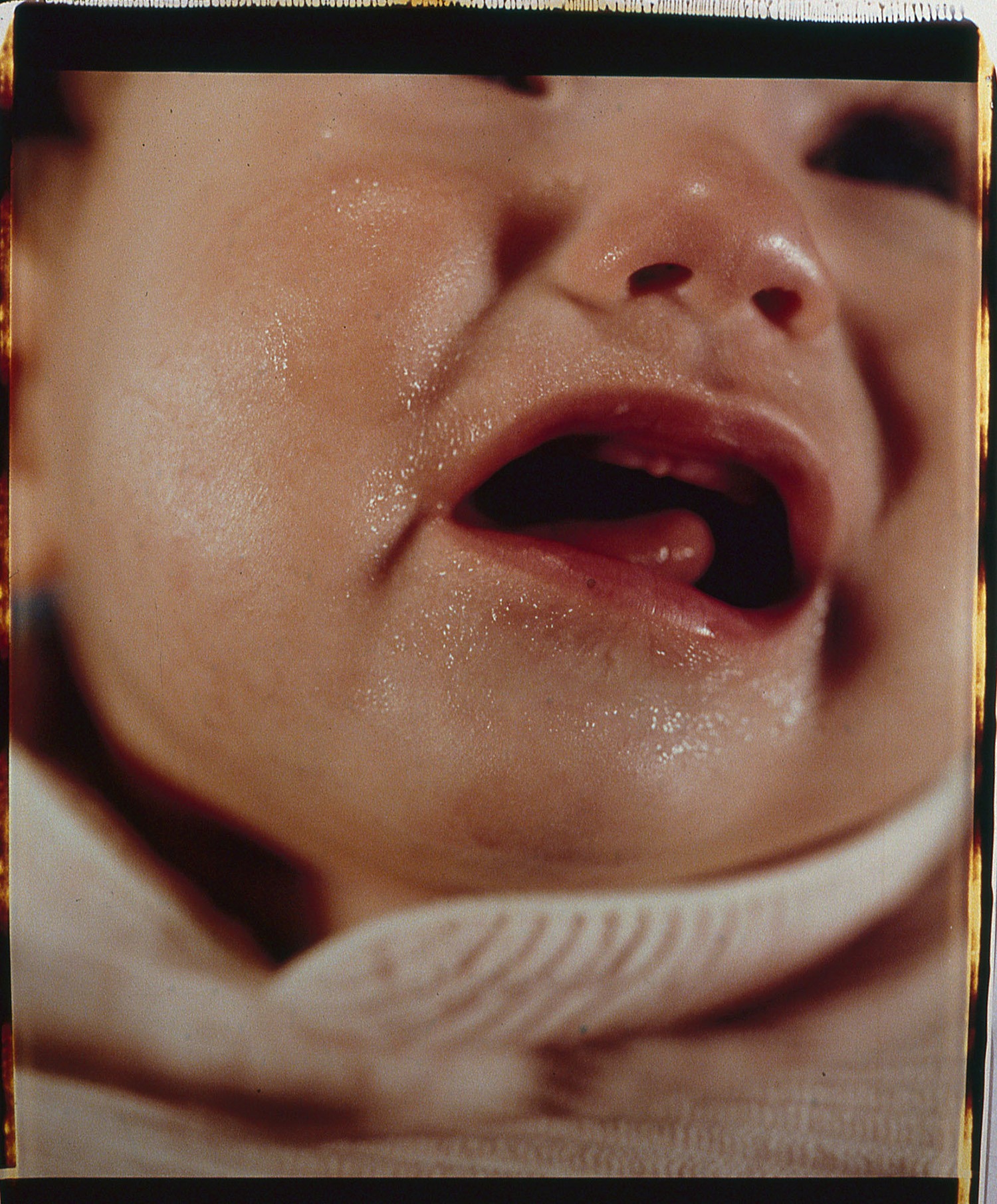 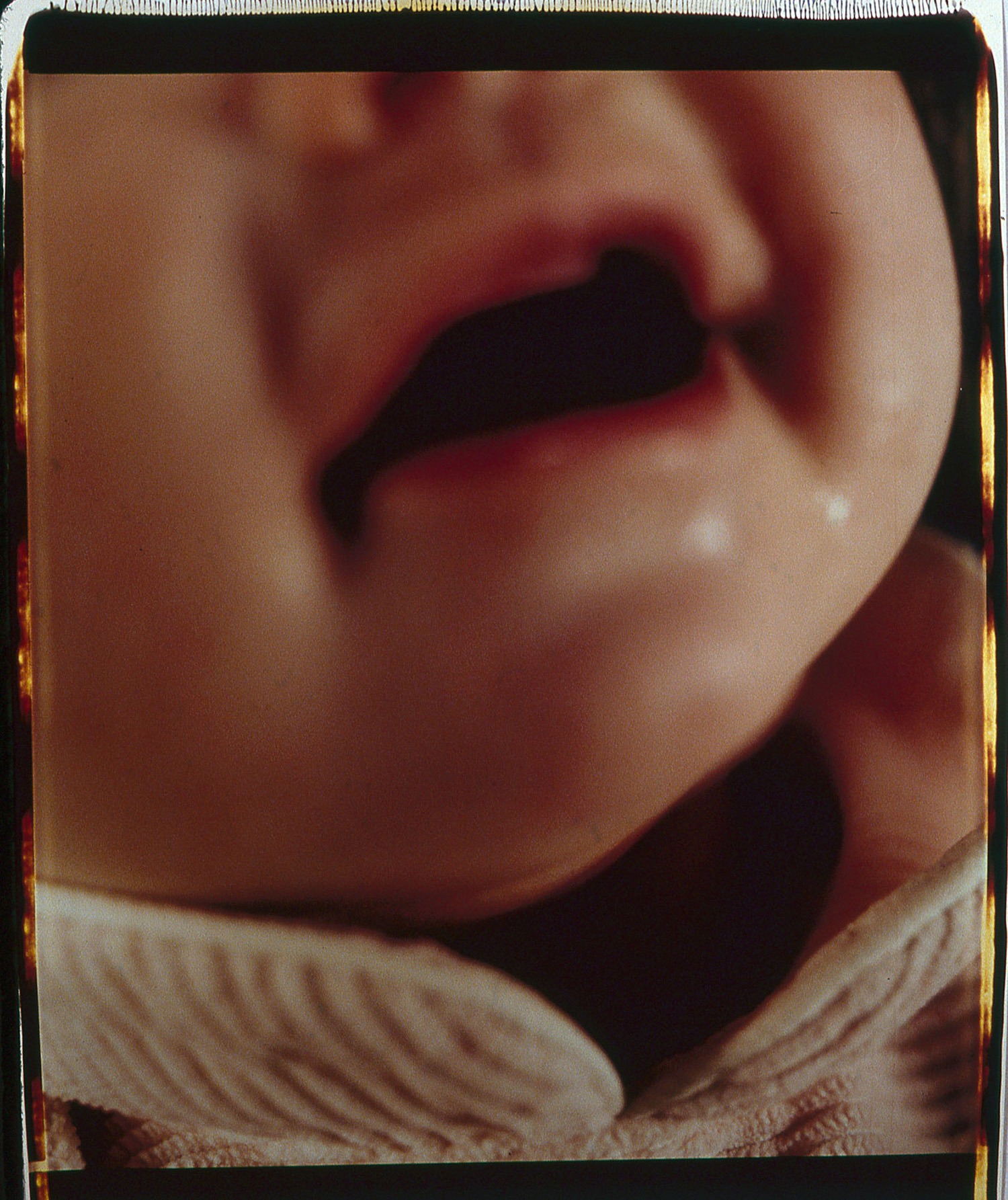 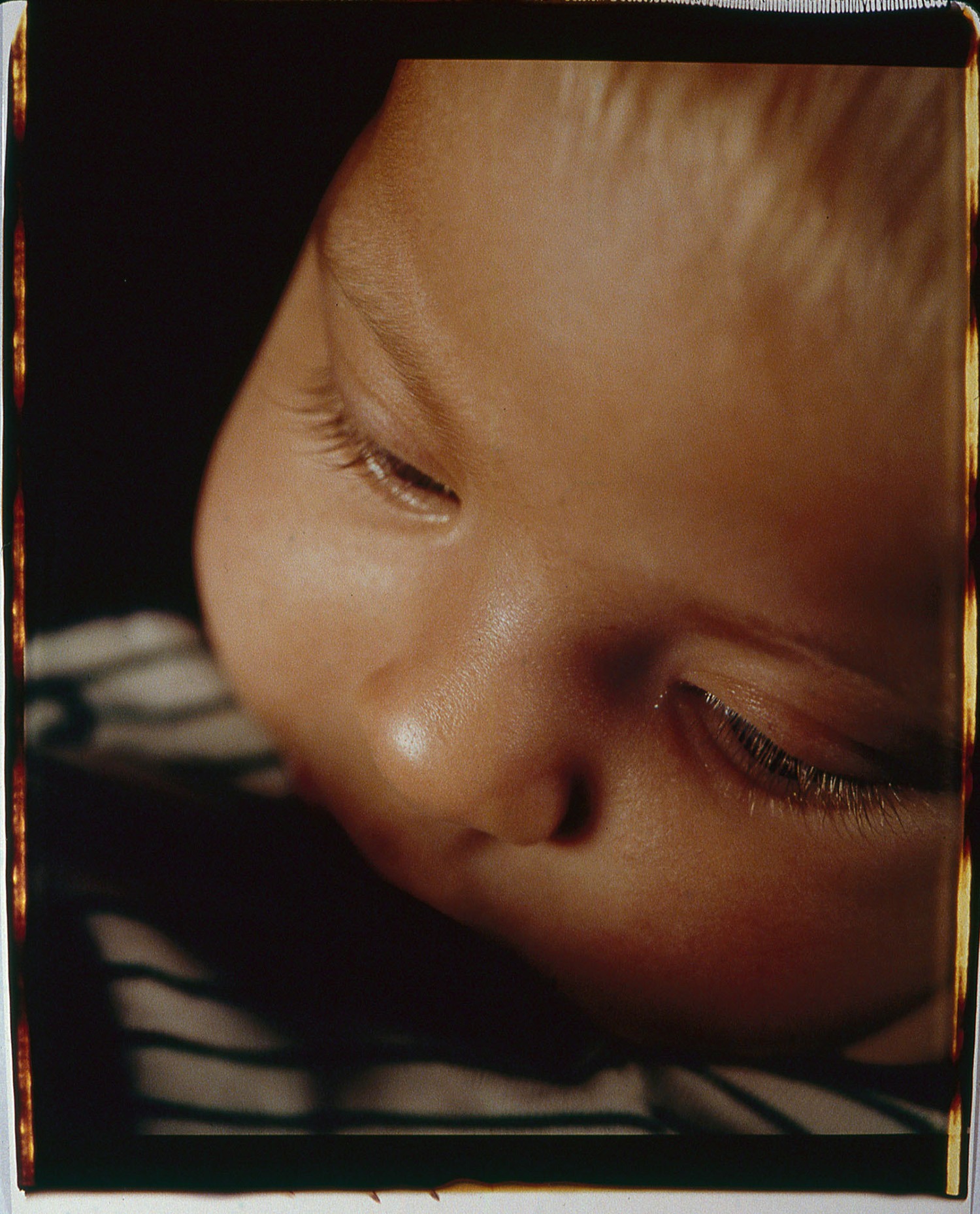 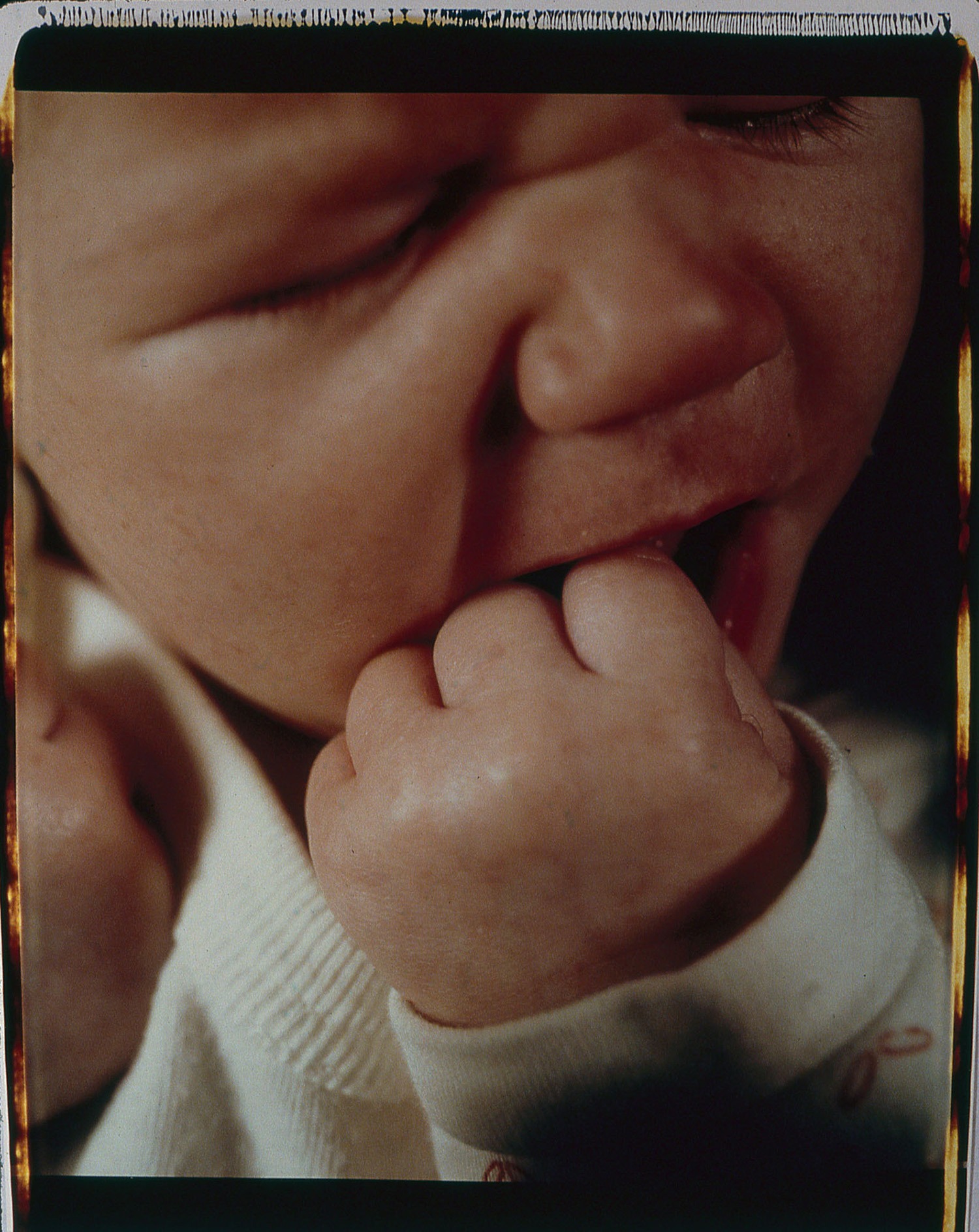 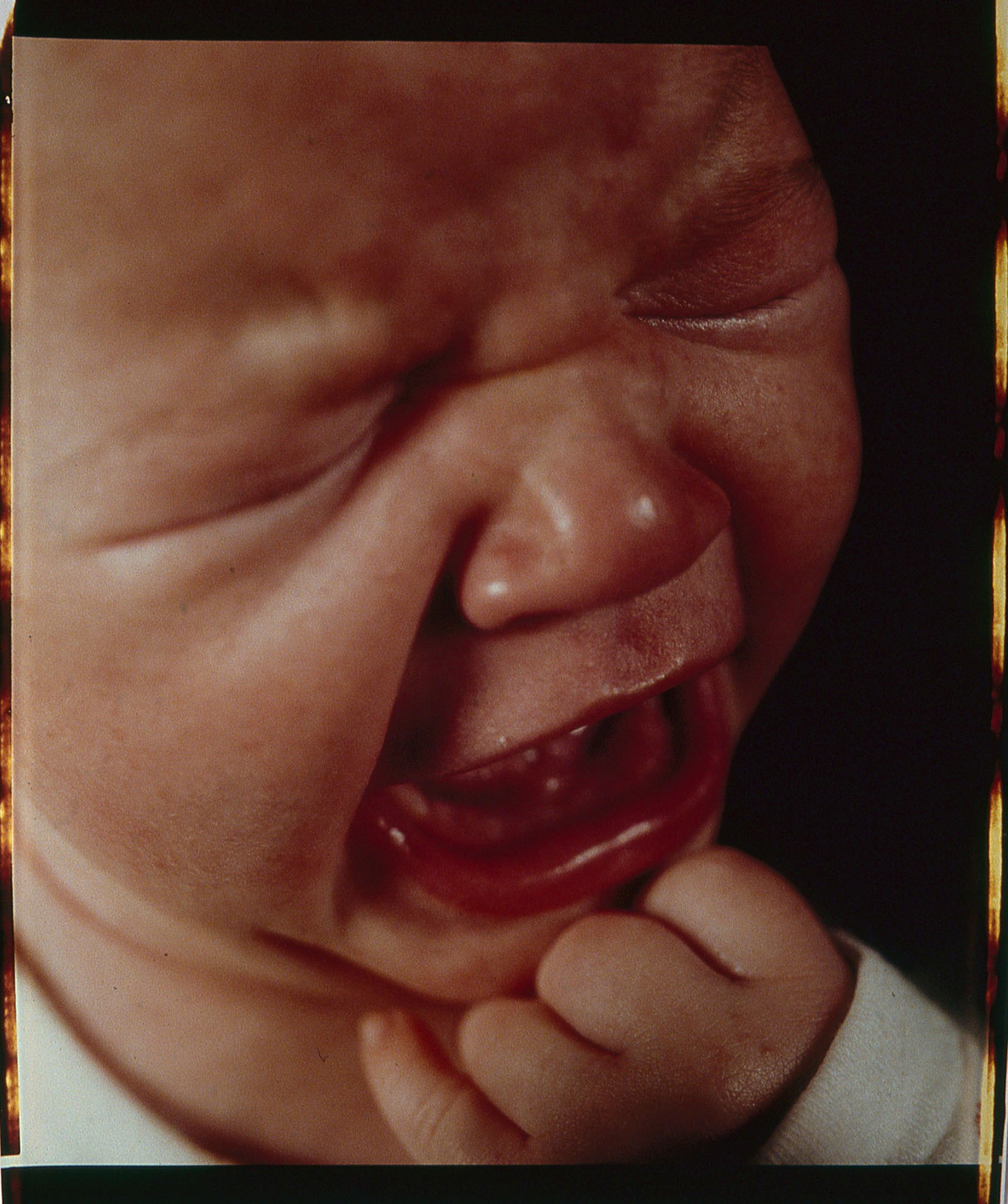 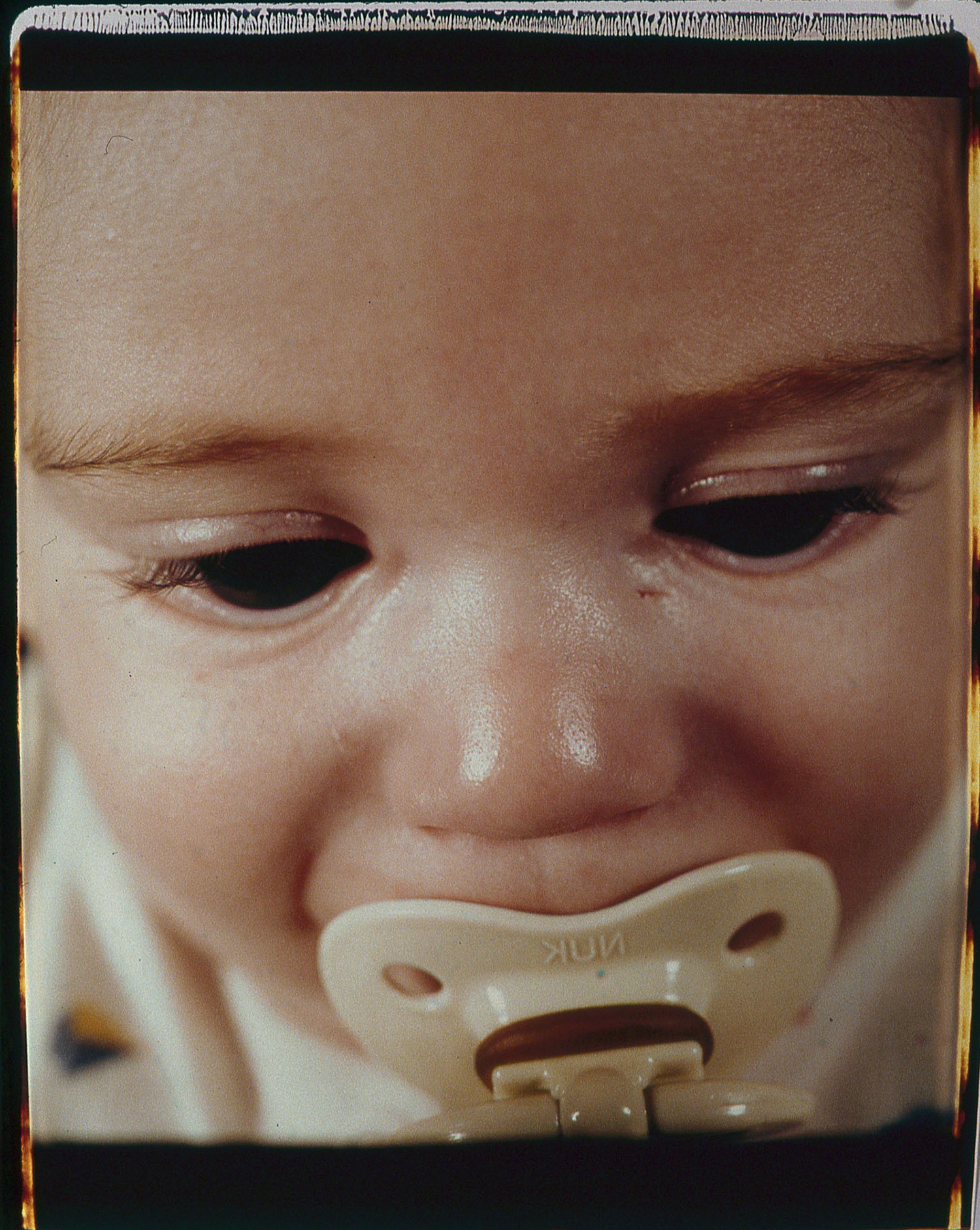 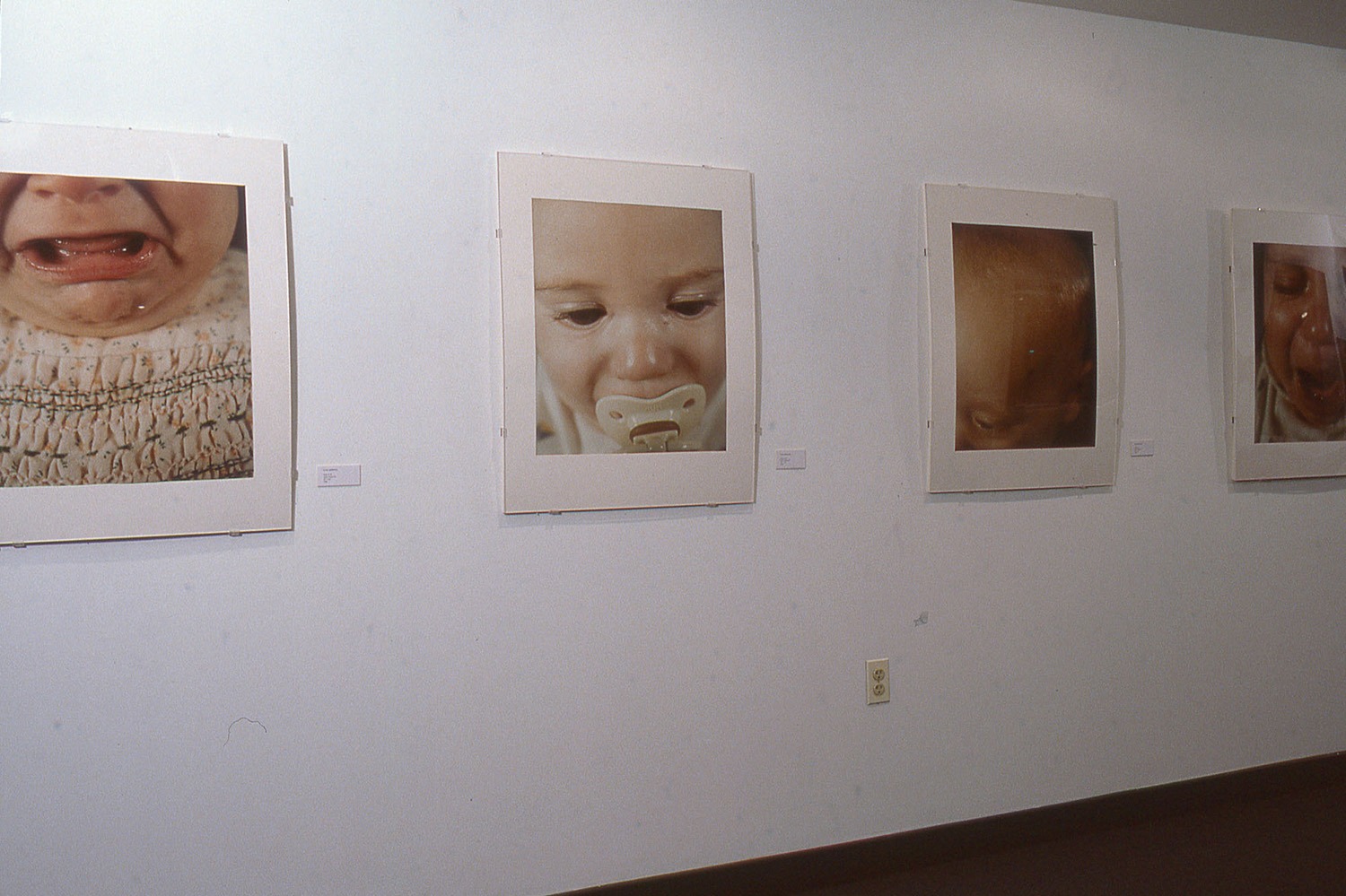 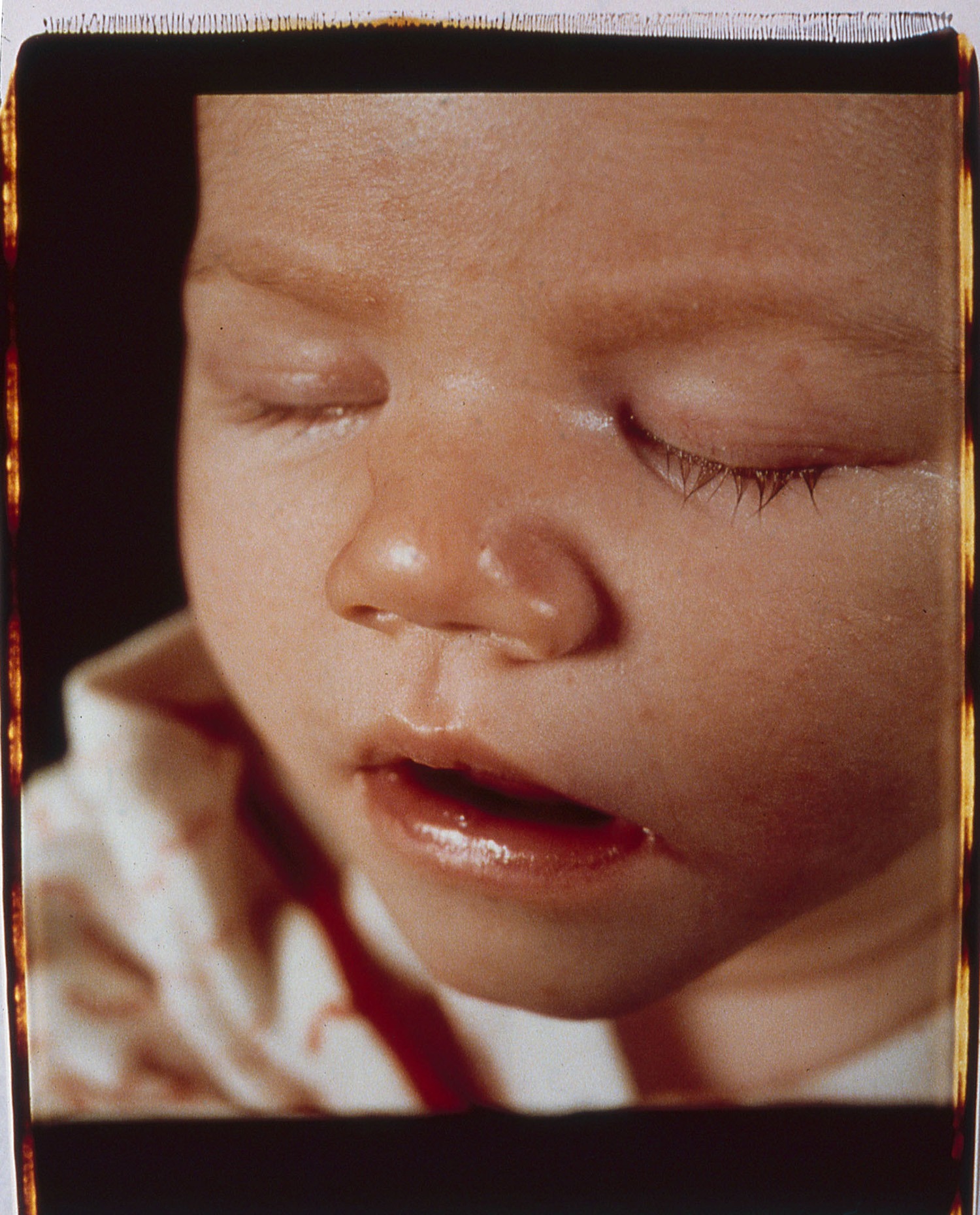 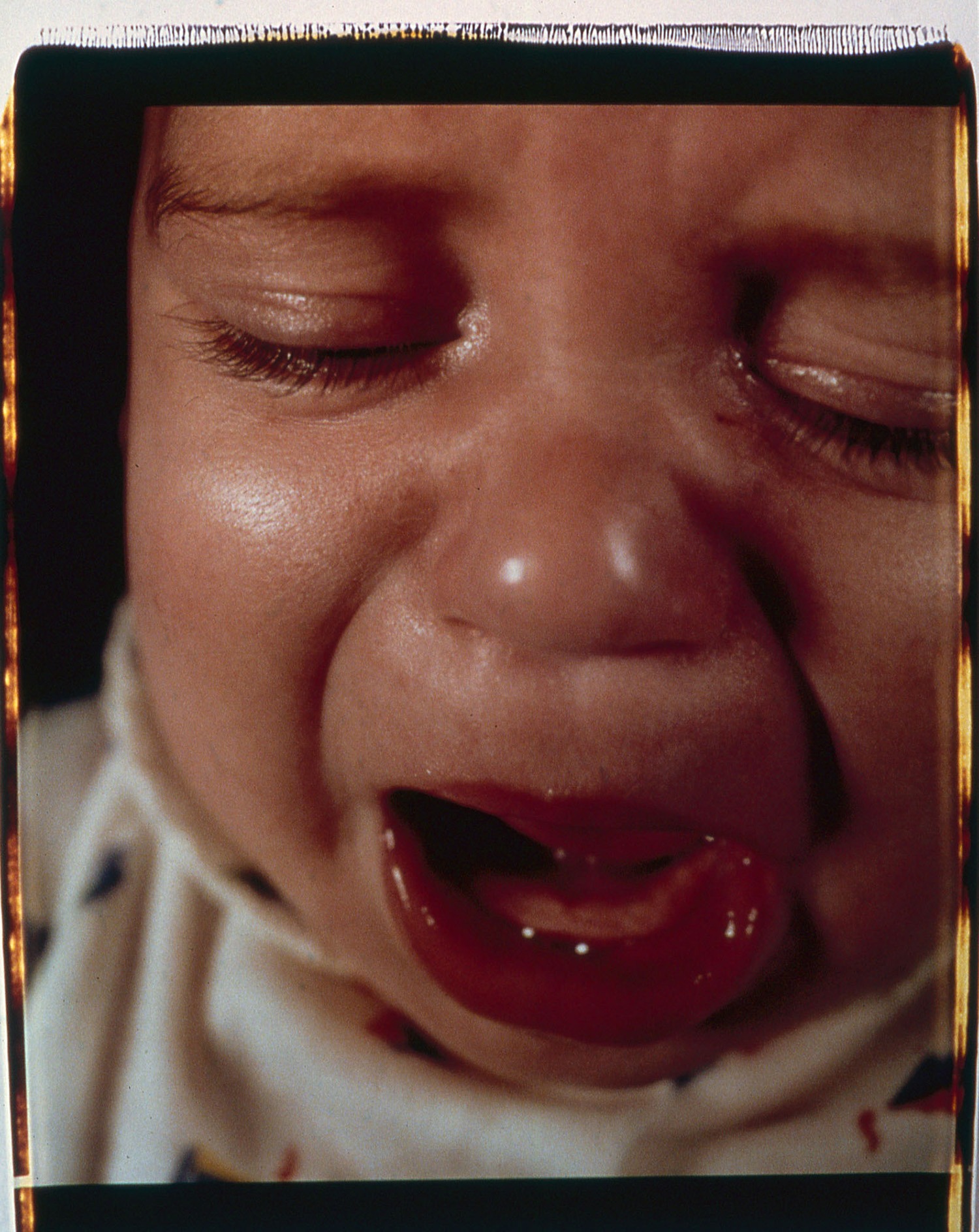 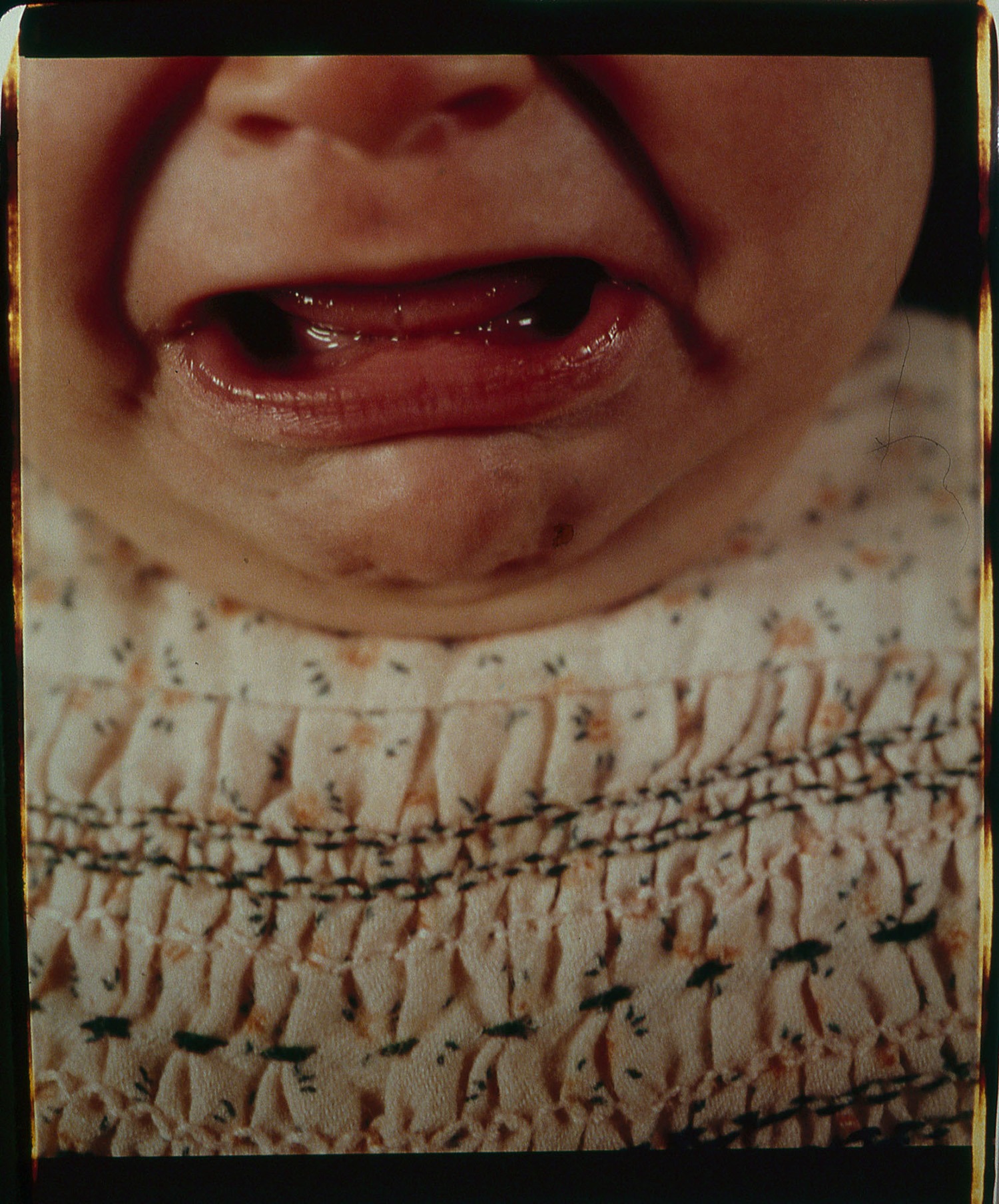 In “Baby,” I explore the unique facial characteristics of infants who are under one-year old. Several of the babies are quite young (around five weeks) and have an unformed, not quite human, almost alien quality. Because photographs of such young babies are rare in the mass media, some parents are initially surprised that their newborn doesn’t resemble the predominant advertising image of a smiling perfectly formed baby. The babies depicted are round with no straight edges and little muscle tone. In many of my photographs “attractive” and “unattractive” physical characteristics of infants are revealed in a single frame. The viewer therefore, often is simultaneously attracted and repelled by this imagery.

In addition to exploring the facial features of babies, I also simulate in the viewer two emotions that many parents have when holding their young child. One is feeling overwhelmed and overpowered completely by a baby. This is reinforced by the larger than life-size of the prints. The other emotion aroused in the viewer is the desire to inspect the child’s face in great detail: the smooth skin, patchy hair, lack of teeth and especially the “flaws” such as small scratches, sweat, and saliva.

Many diverse emotions of babies are depicted. Several babies are crying and upset. Others look calm and pensive. One is sleeping.

For this work, I used the 20 x 24-inch Polaroid format. The fine detail, sharpness, lack of grain, vivid color and large size intensify the imagery.