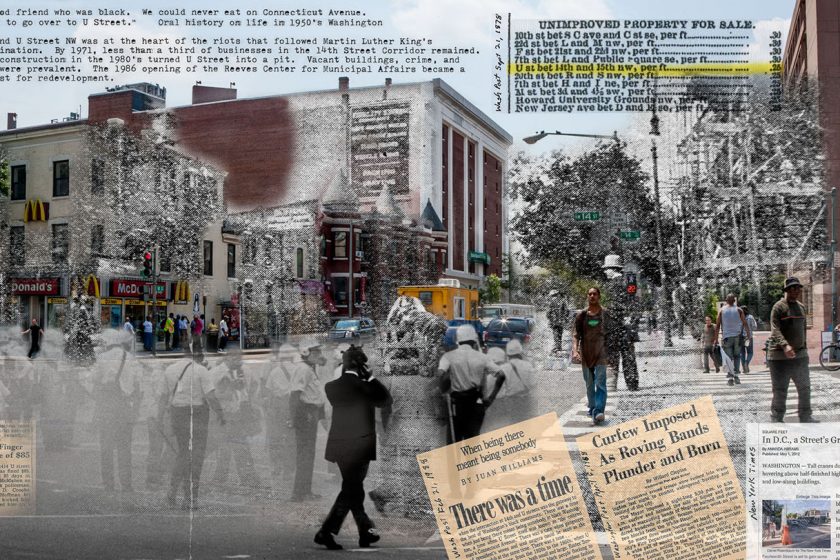 I received commissions in 2012 and 2014 to create photo-collages that examine the cultural history of eleven locations developed or pending development by JBG Companies. I create the photo-collages by blending archival and contemporary photographs. Historical newspaper articles, maps, and advertisements are incorporated. Text is integrated into the image. Extensive research using primary and secondary sources goes into each piece. Using layers of various opacities, I convey a fluid sense of time and place. The impact of the past on the present is palpable. 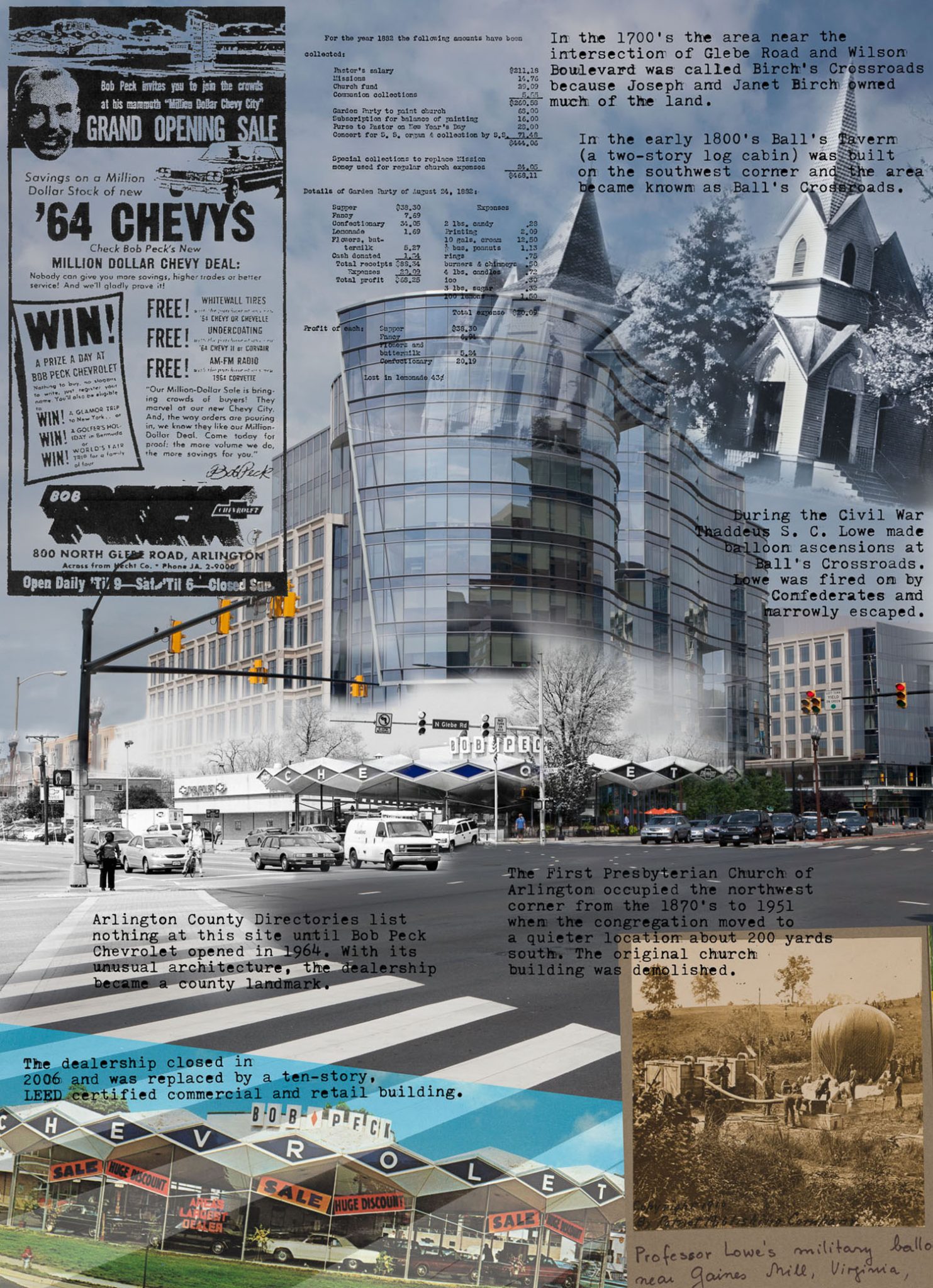 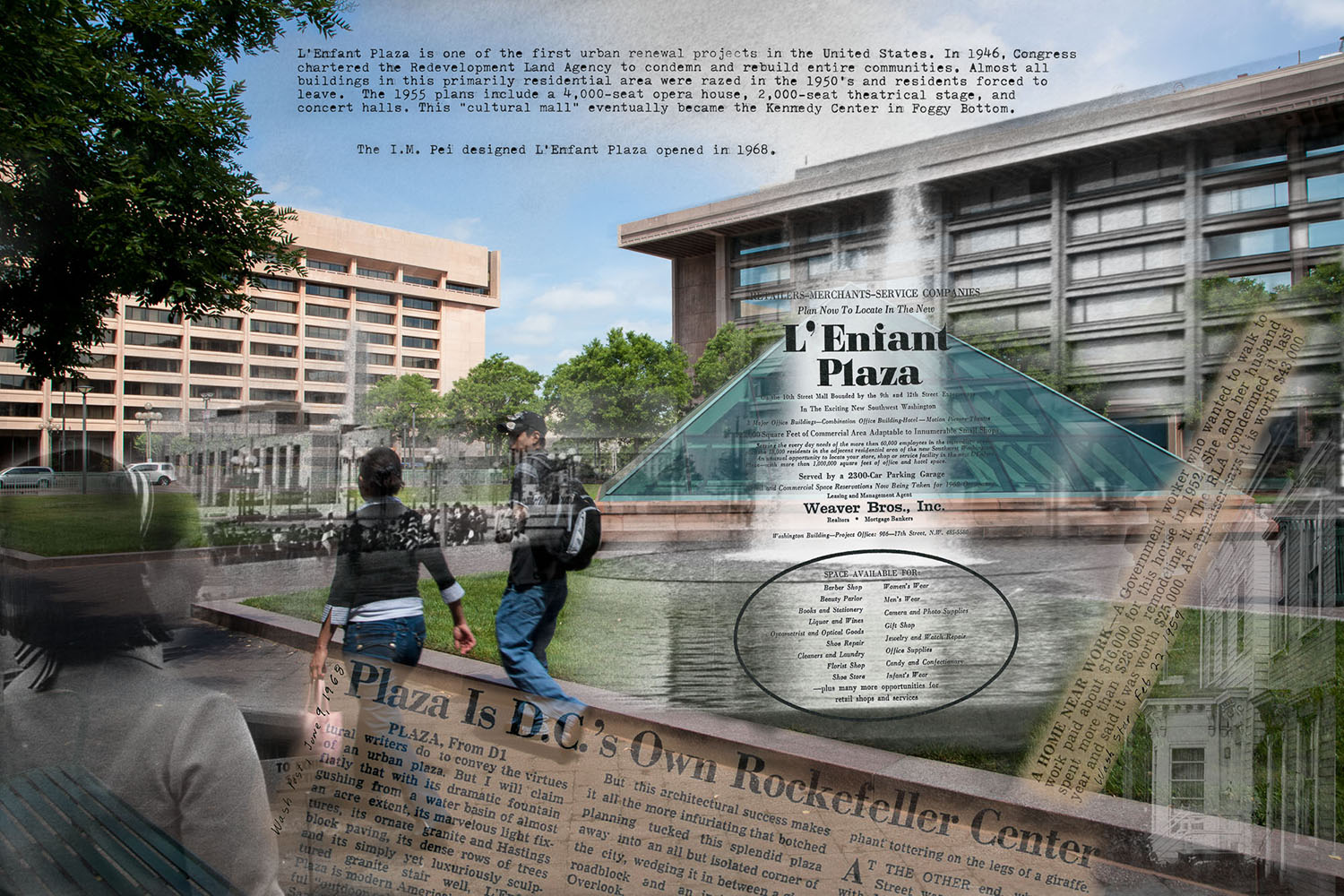 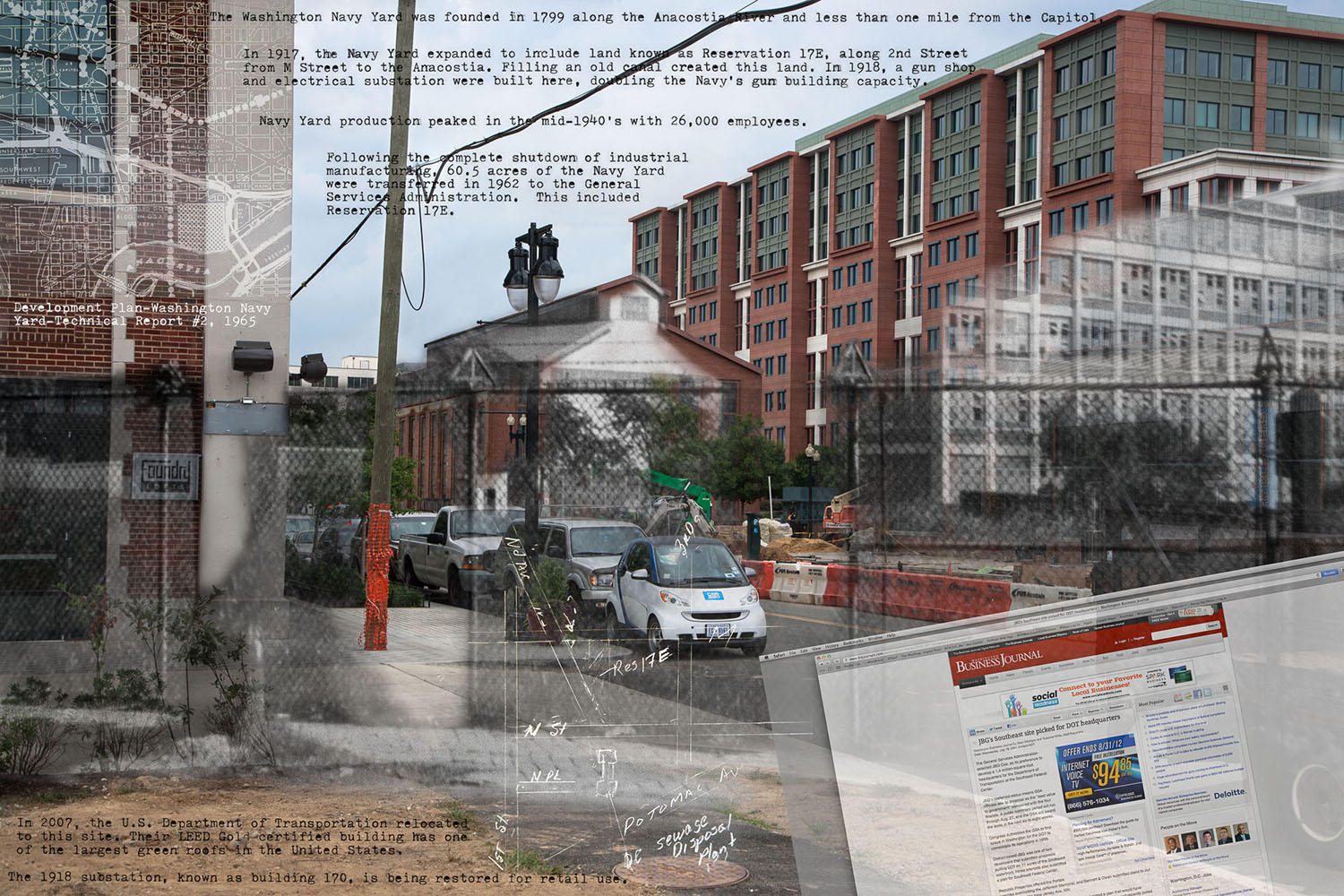 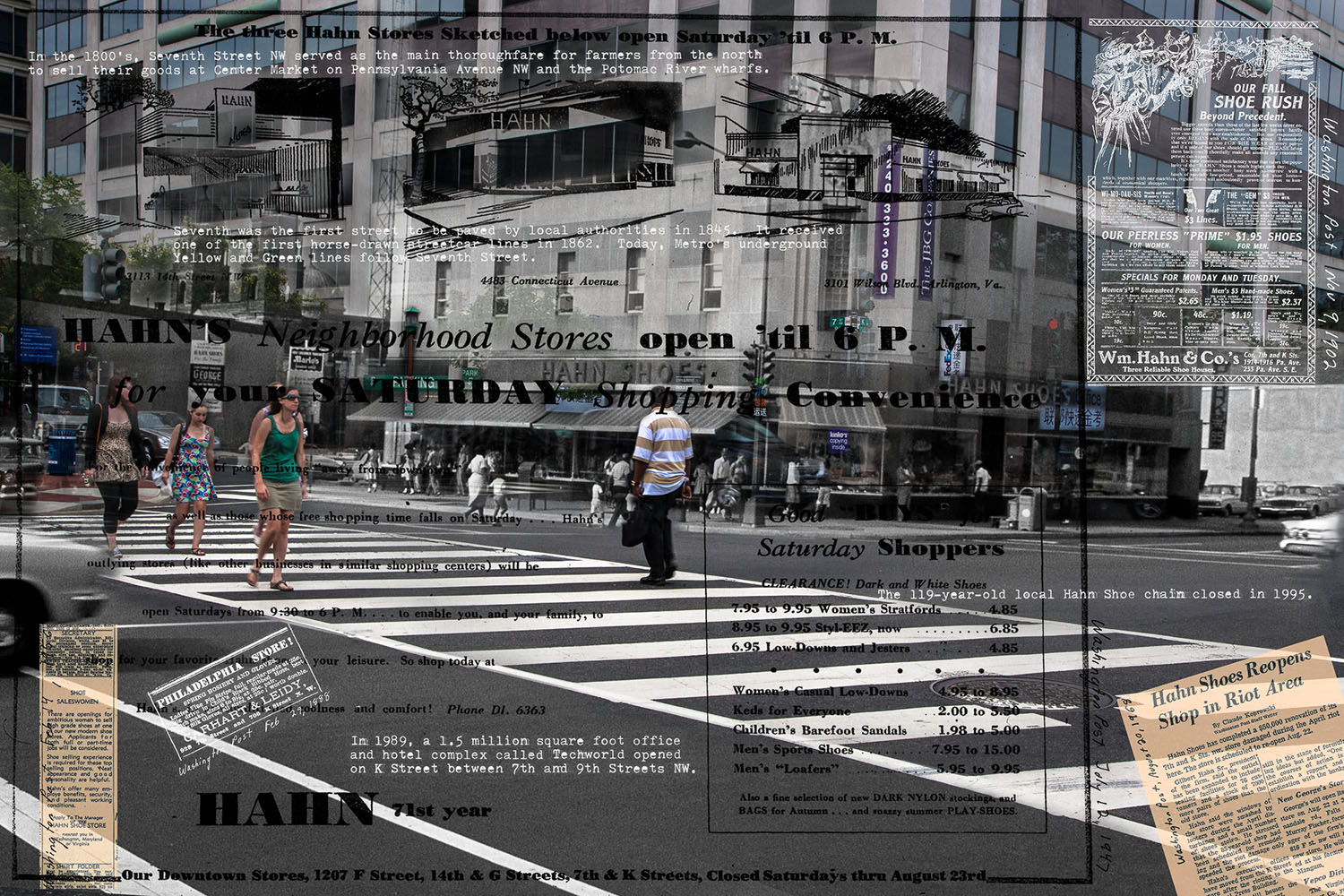 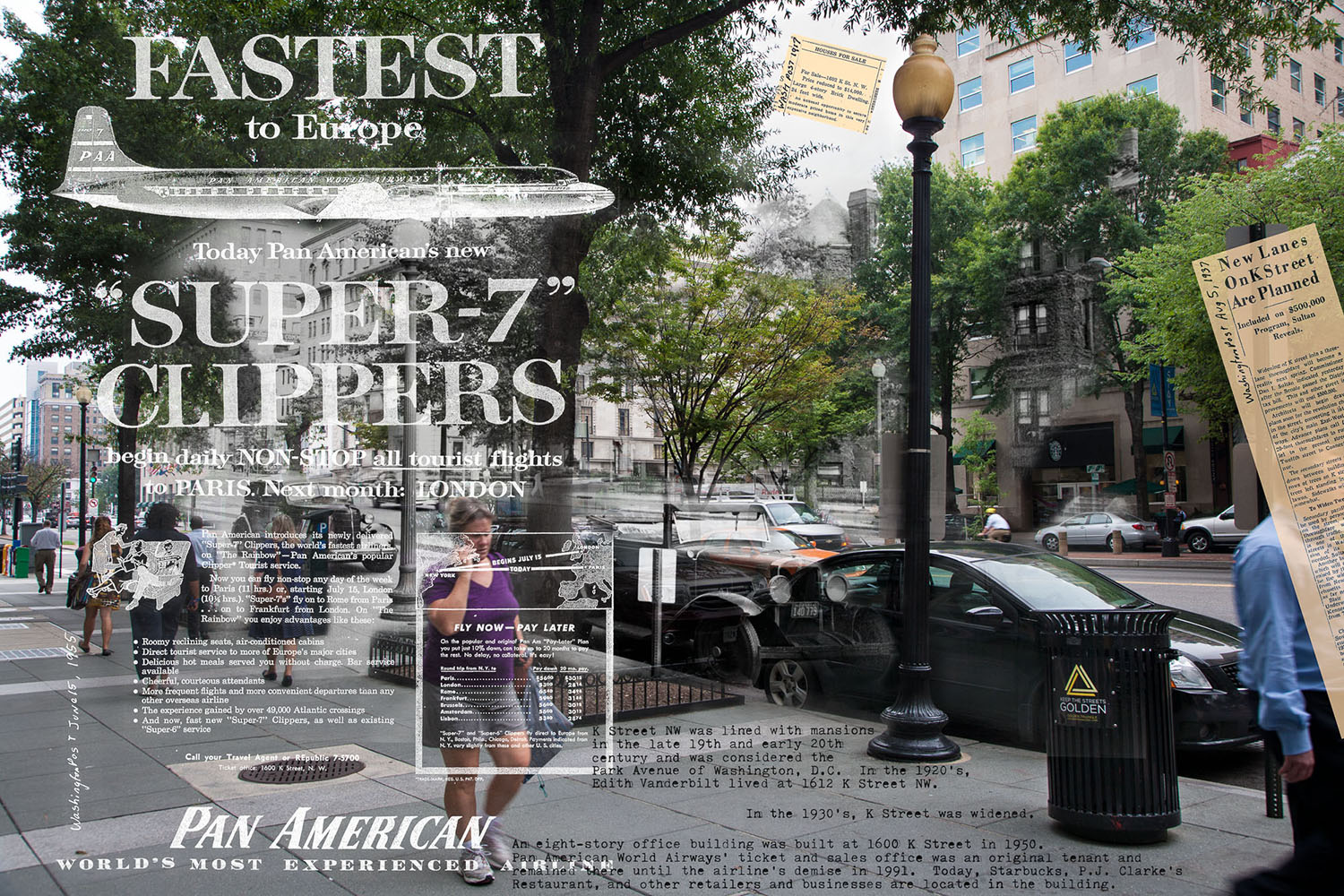 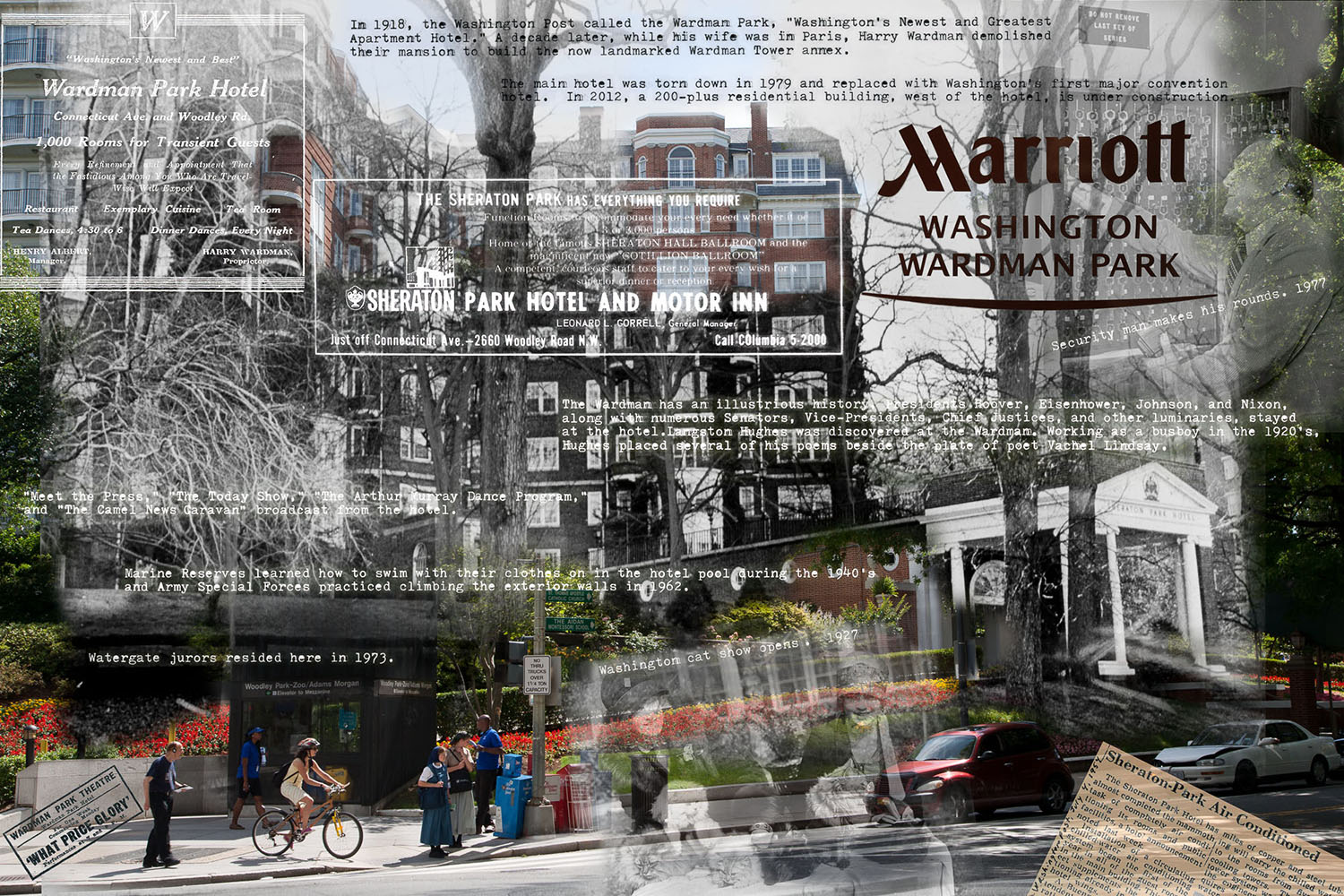 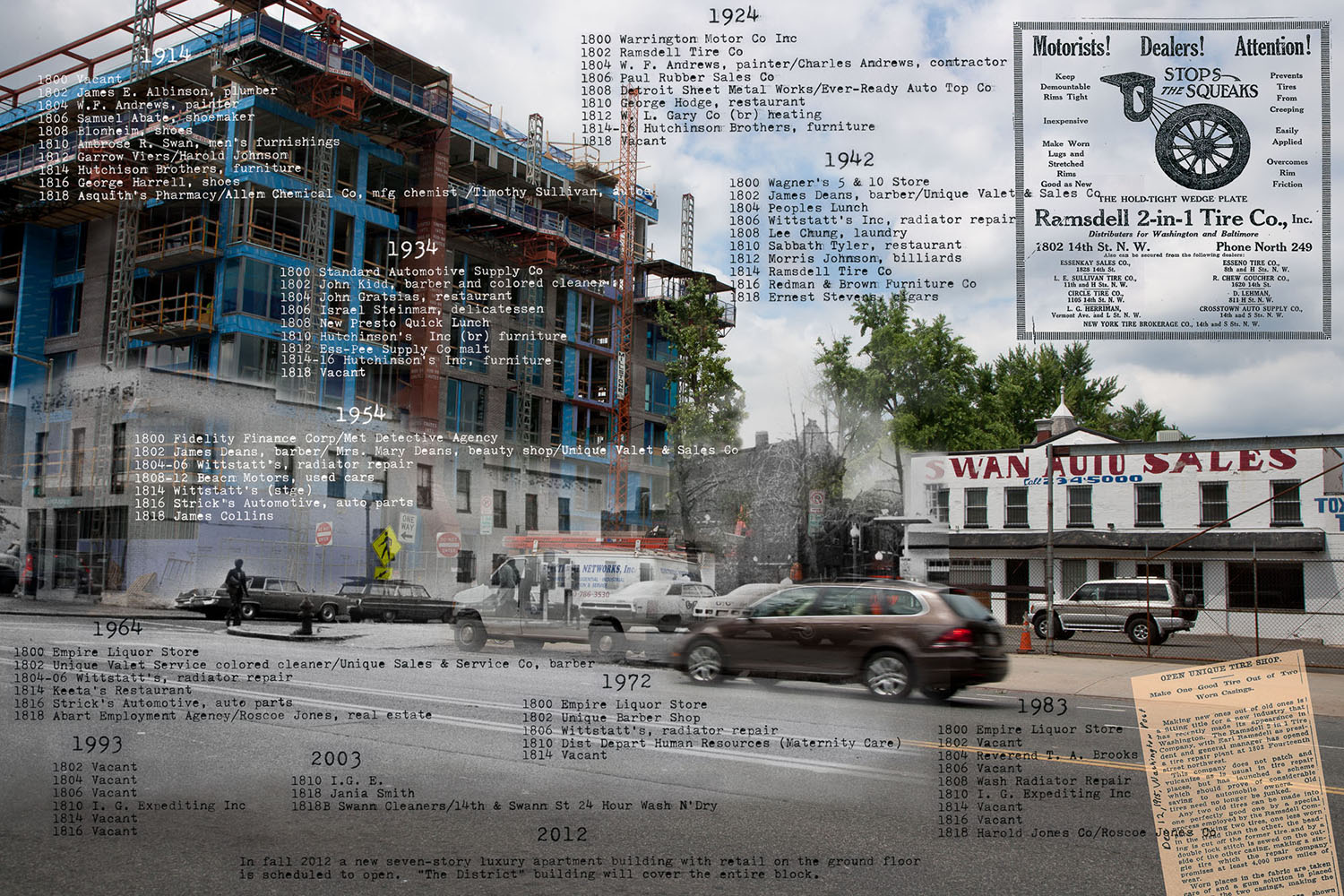 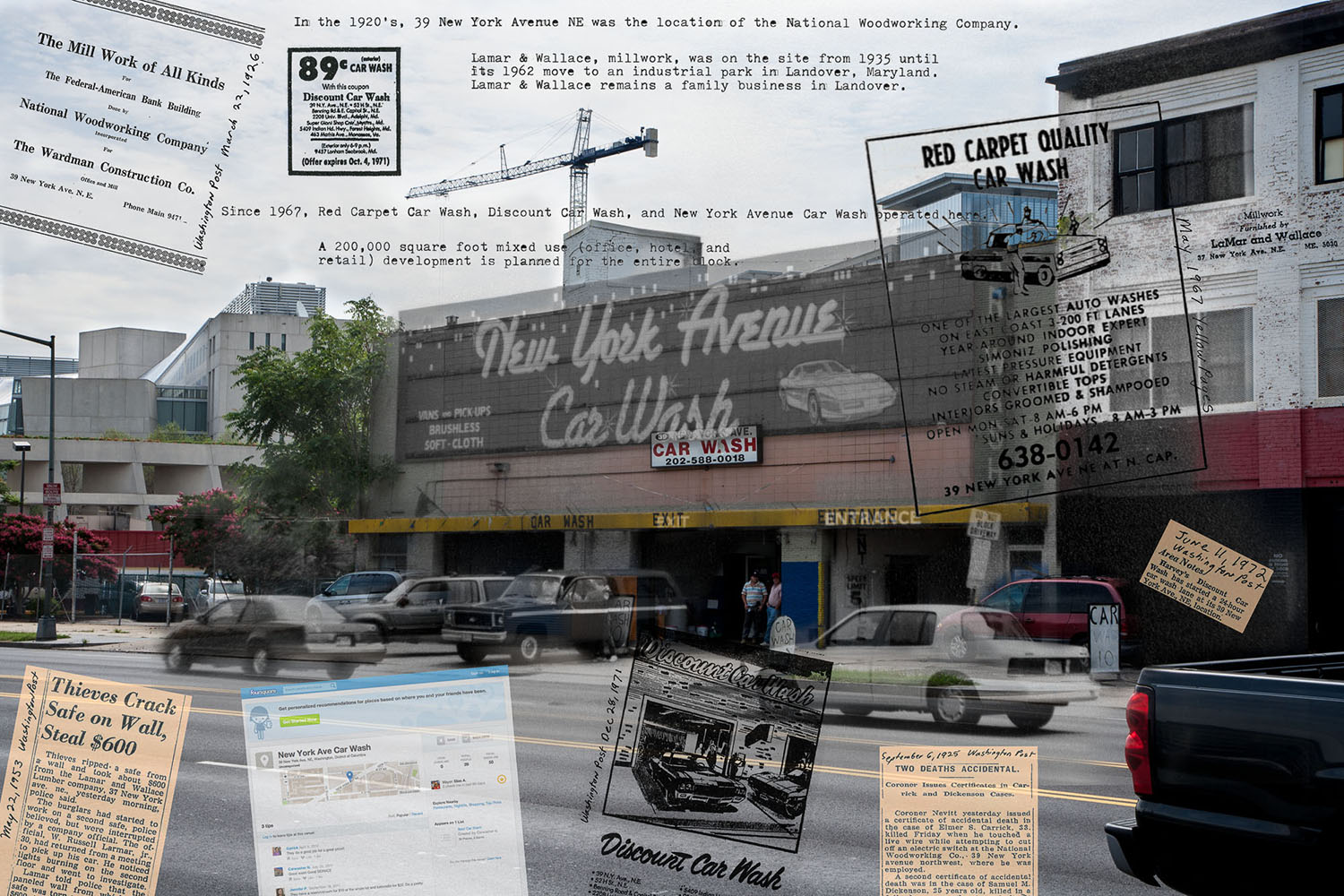 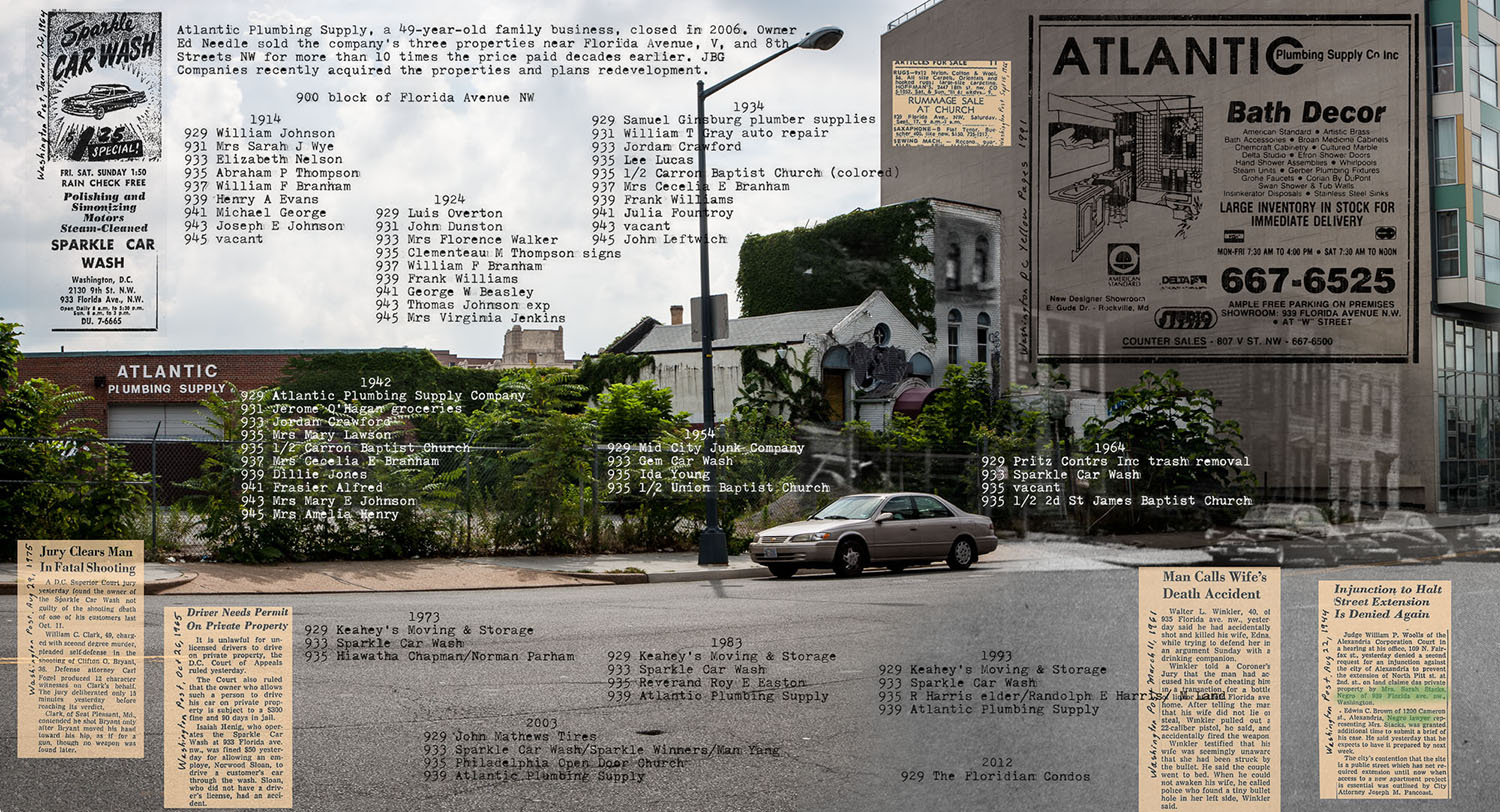 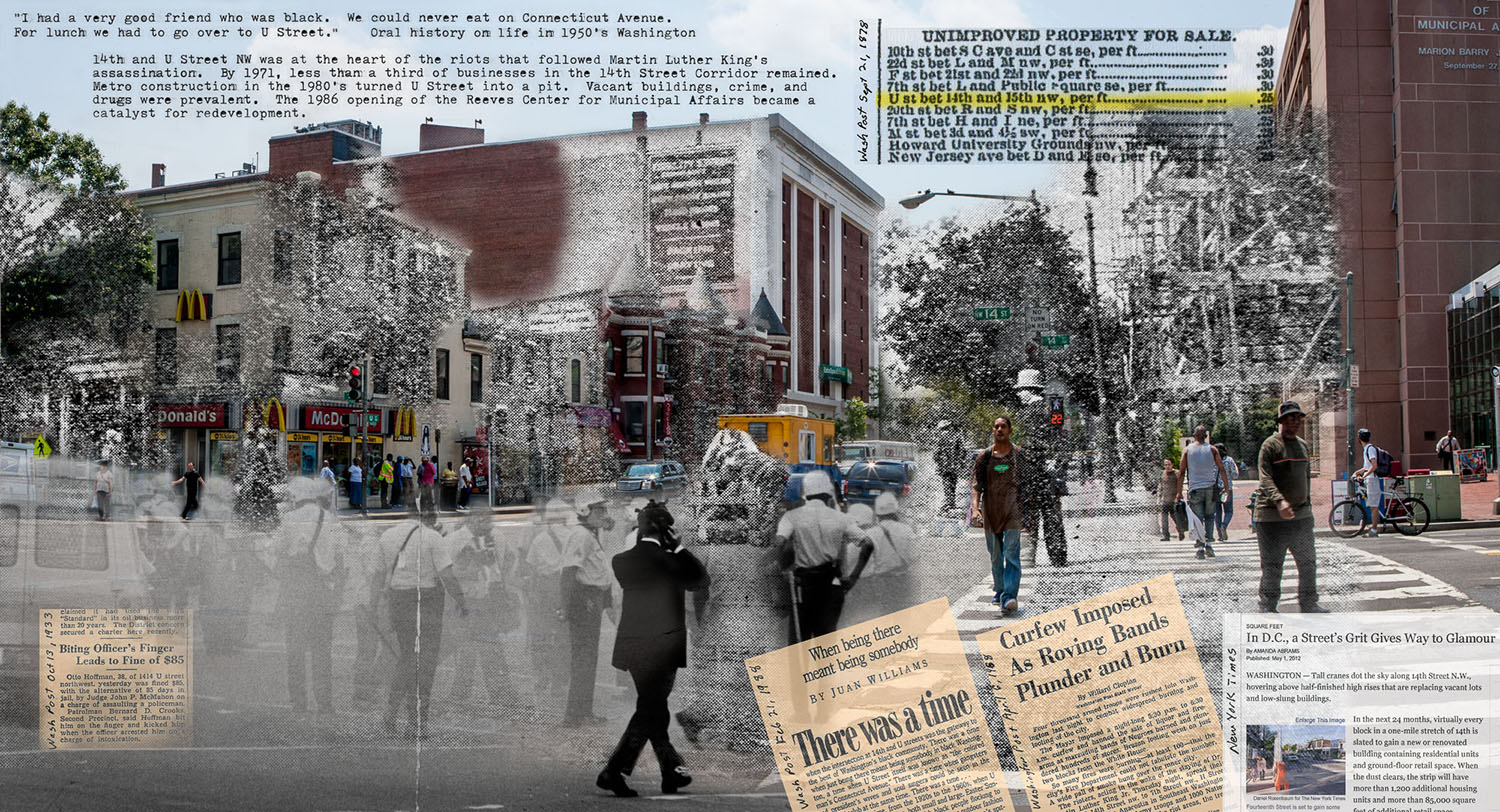