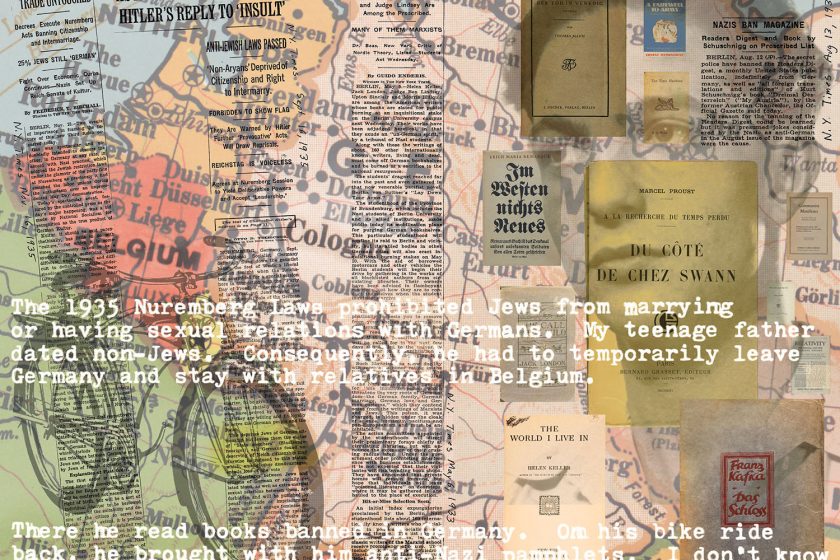 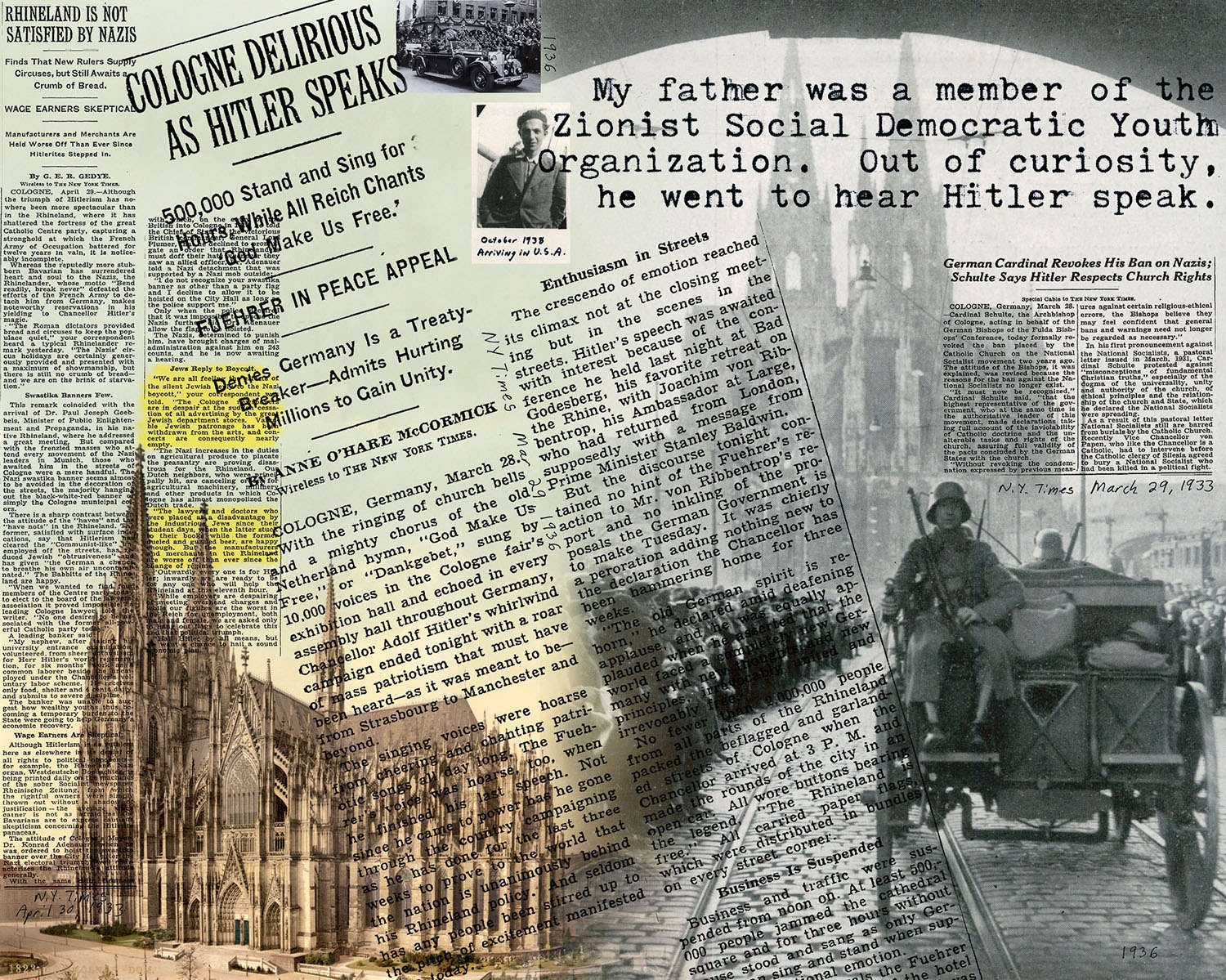 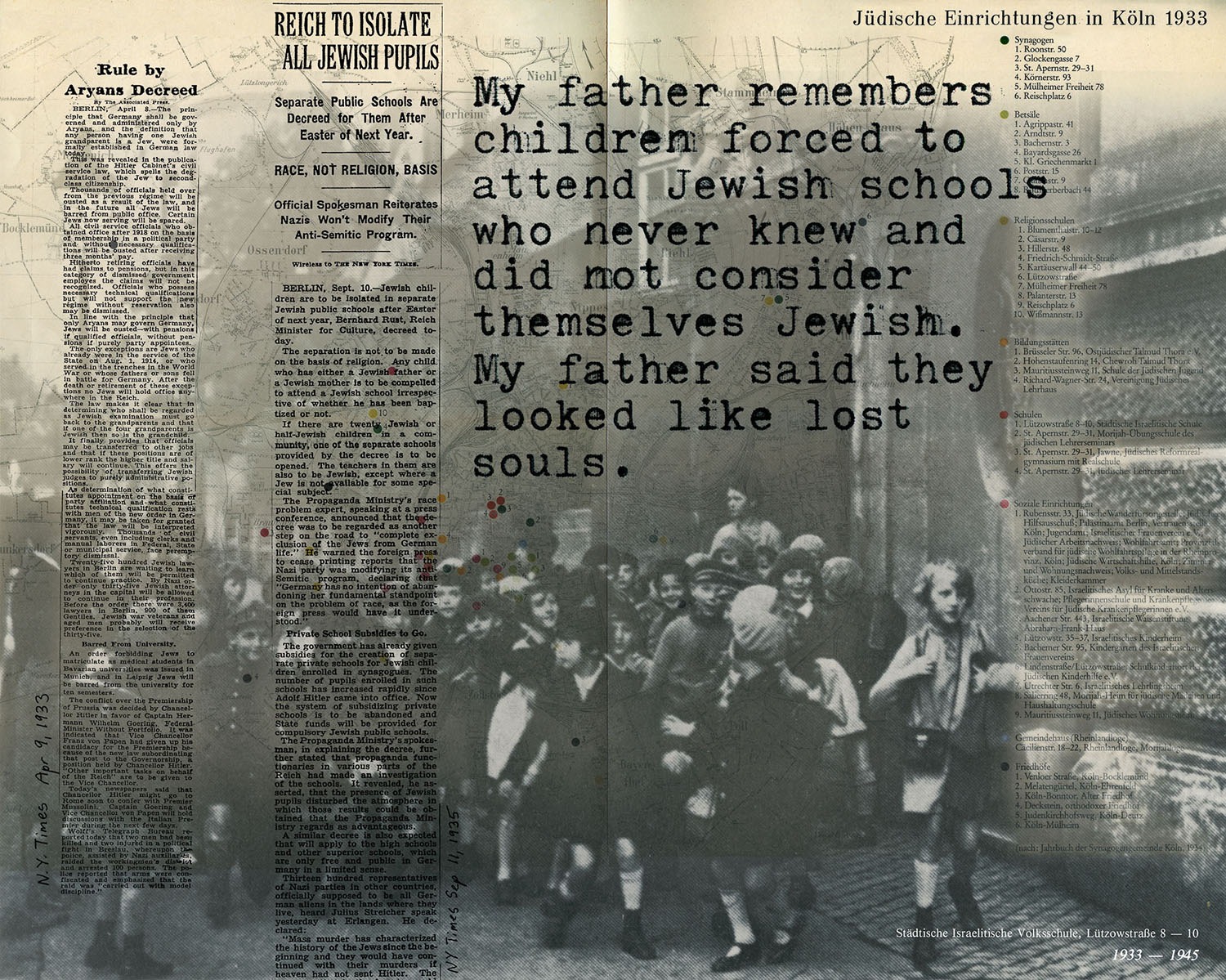 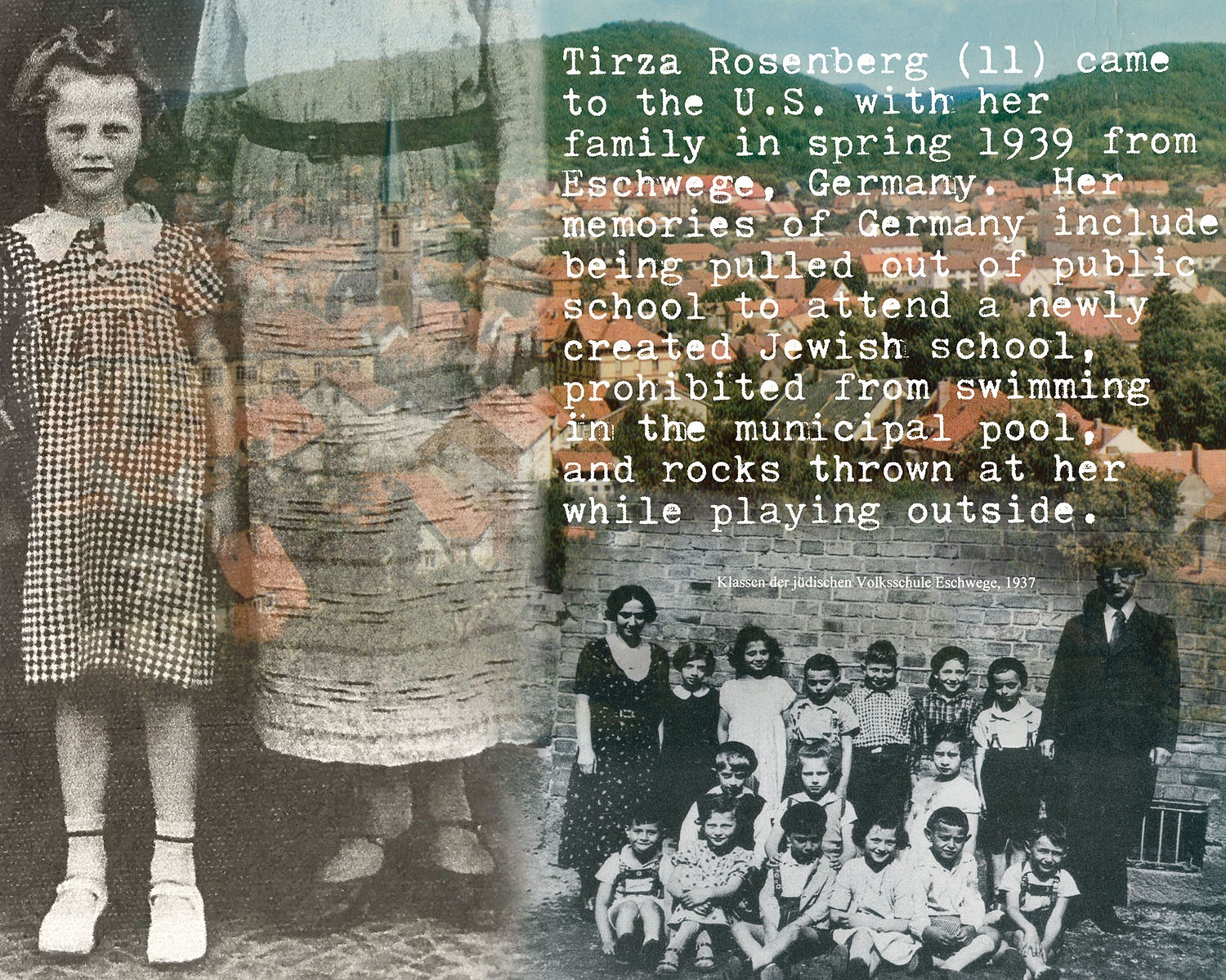 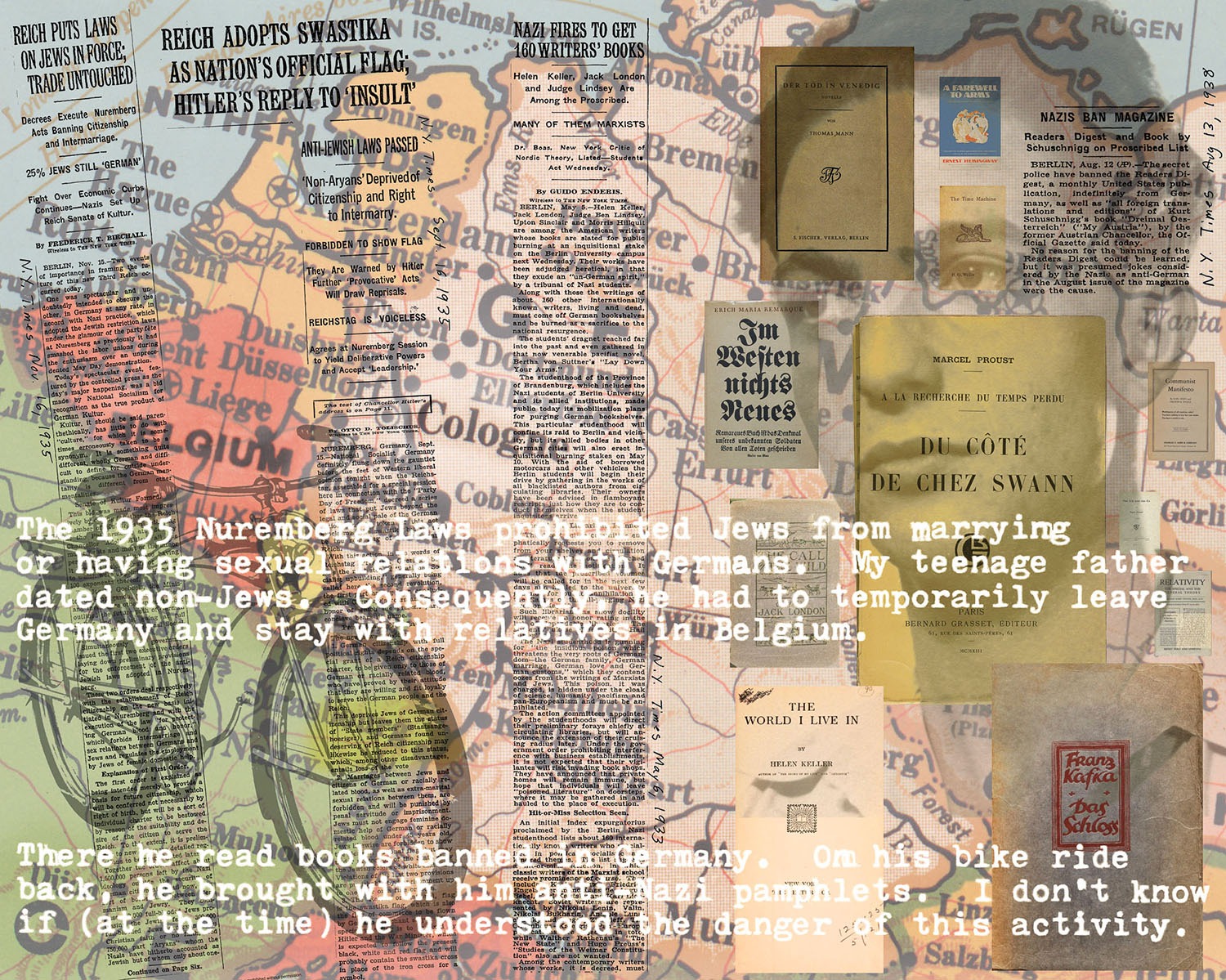 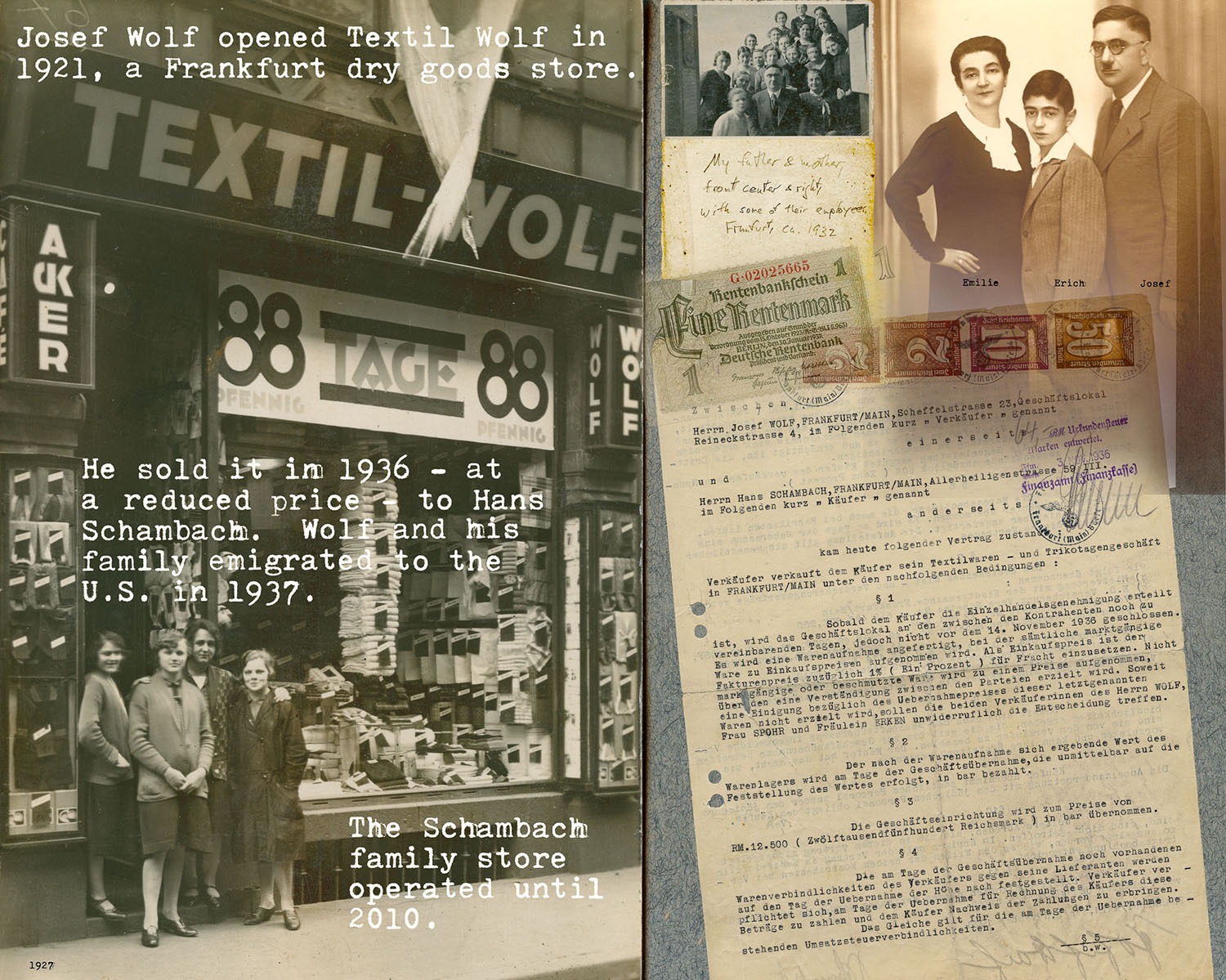 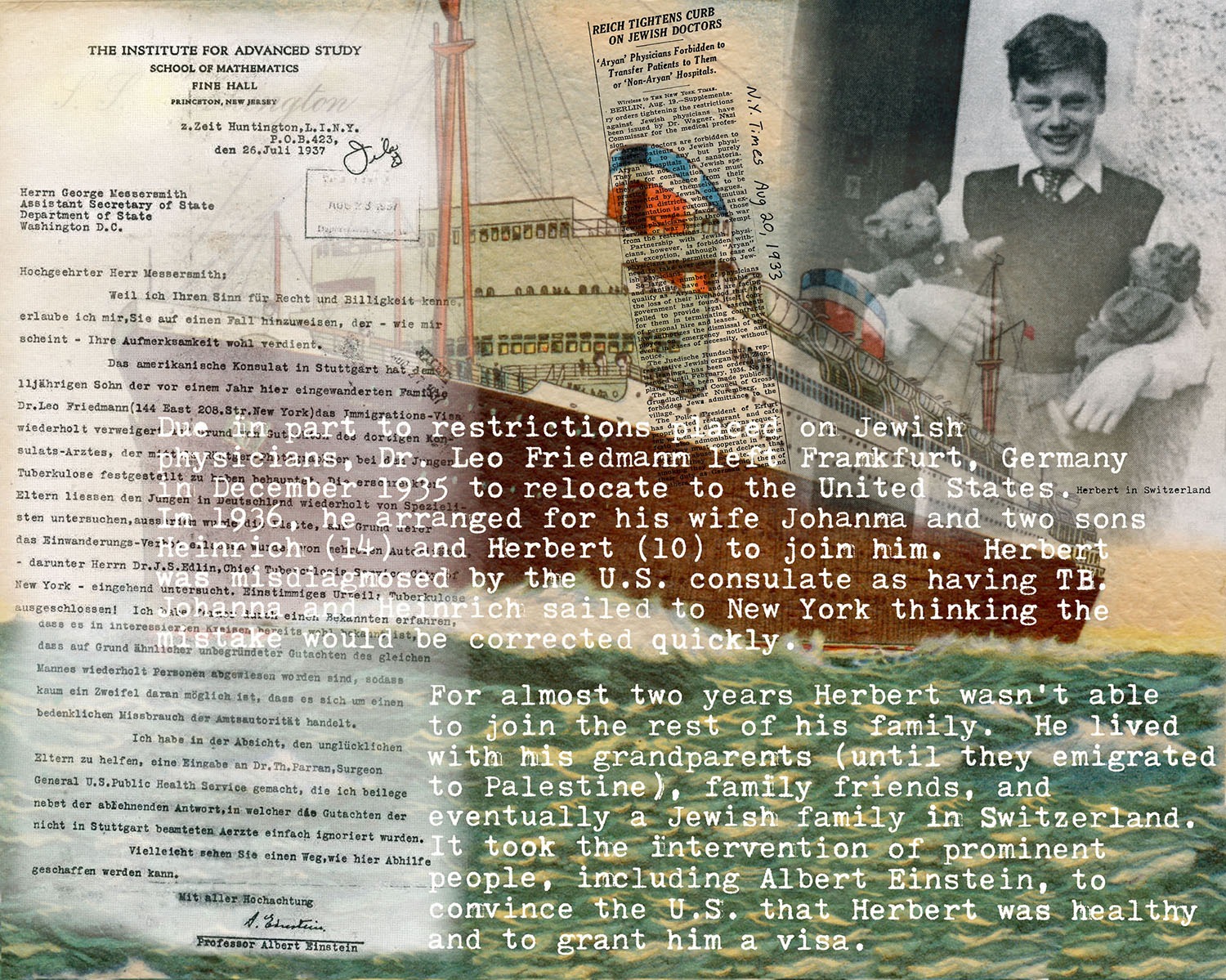 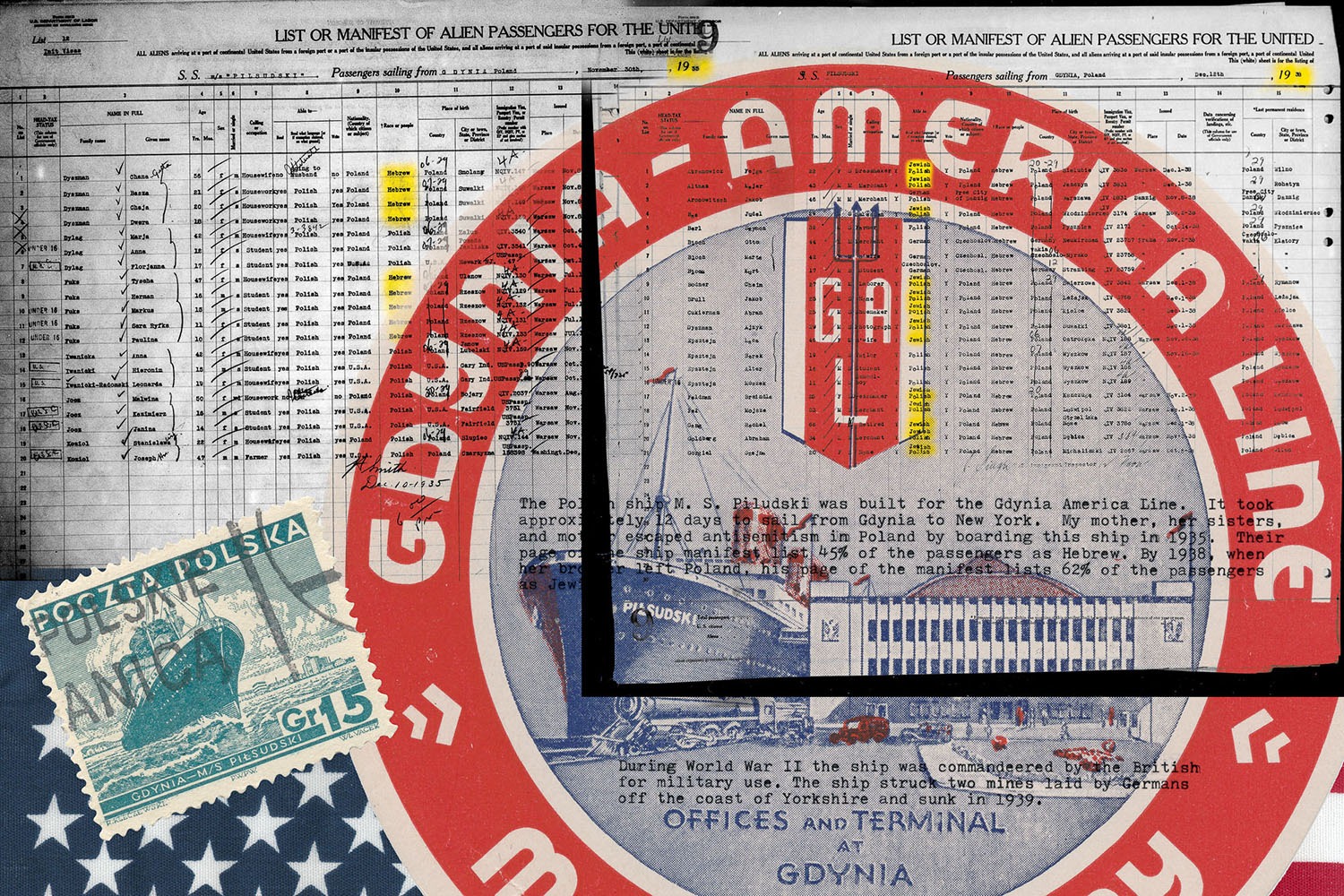 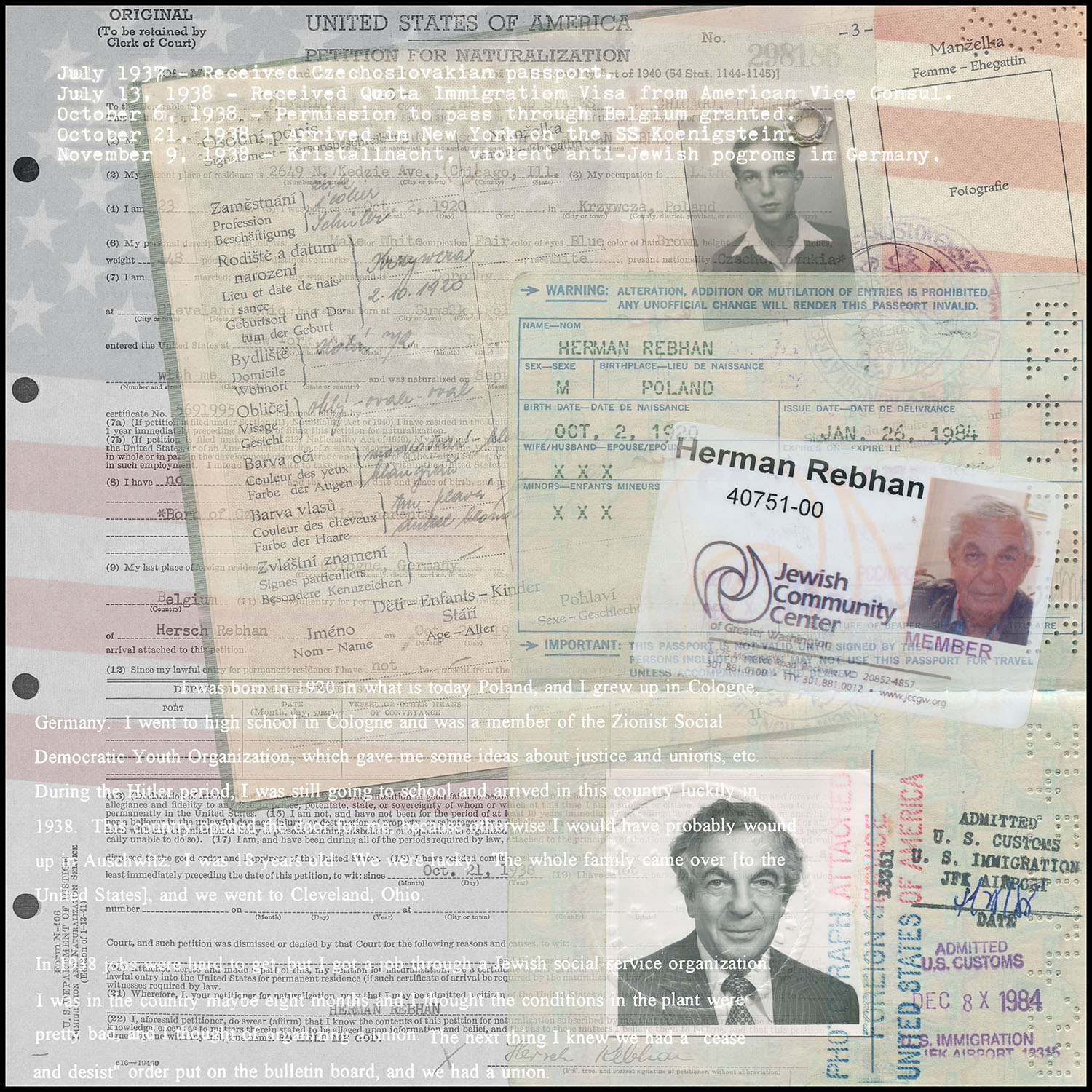 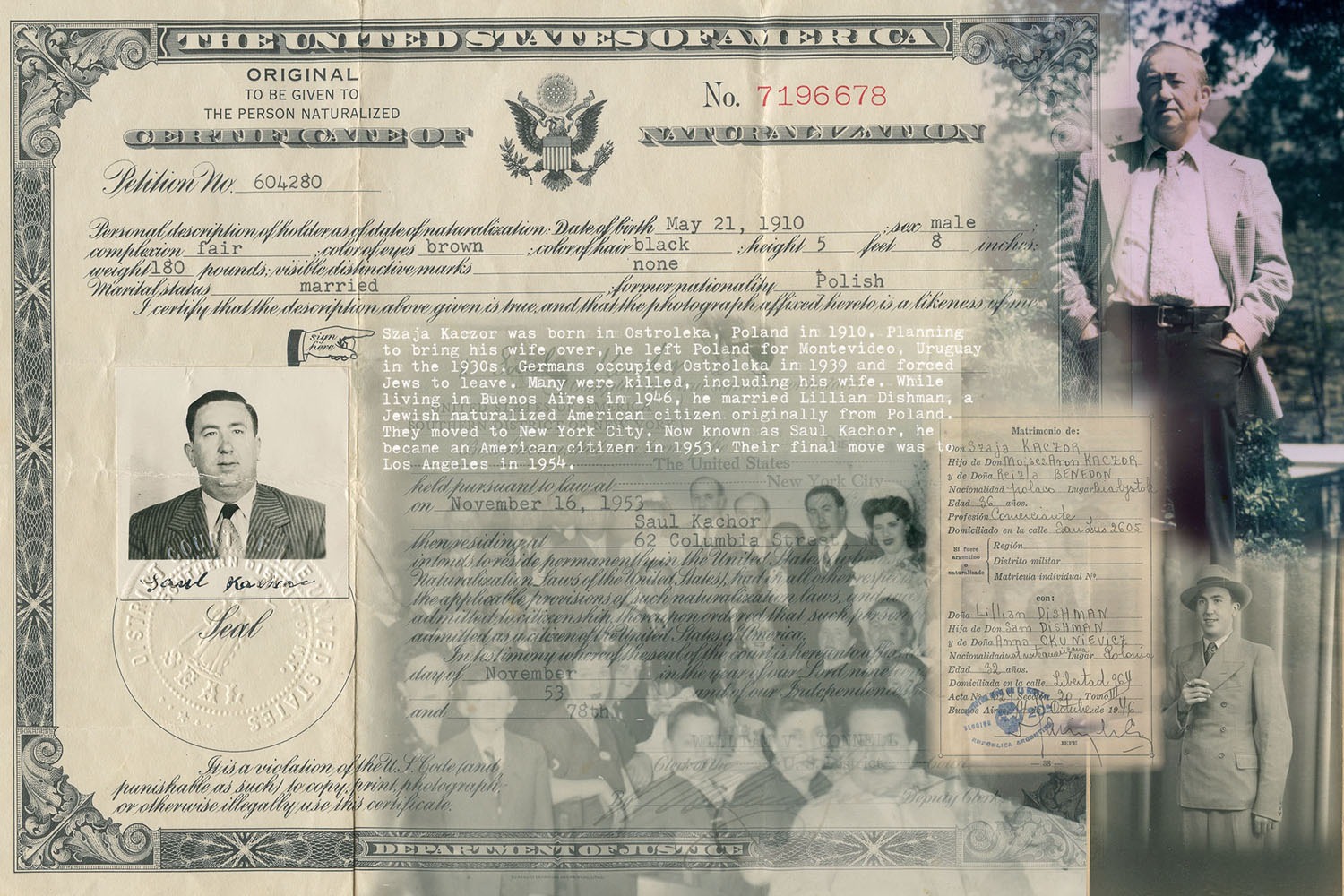 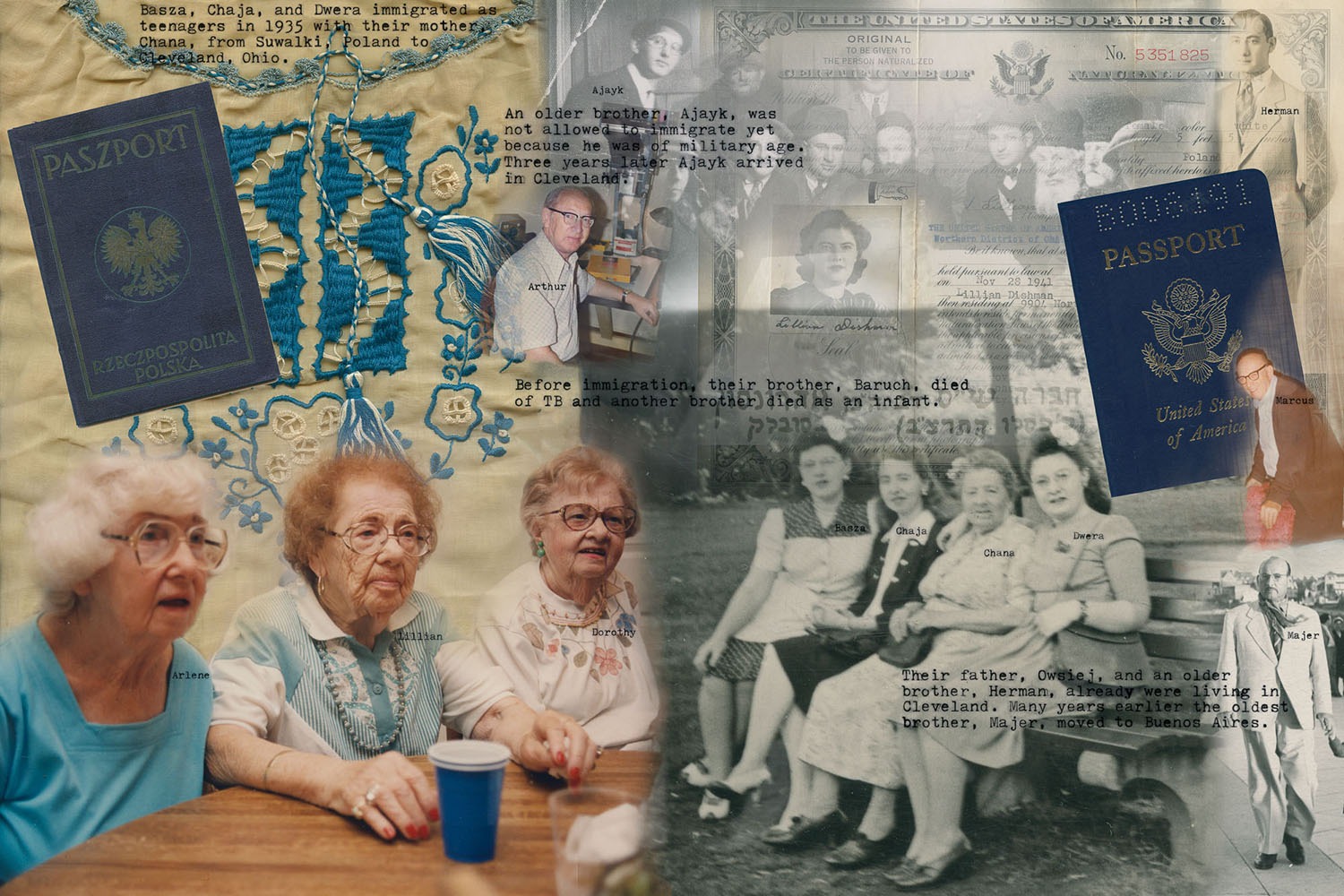 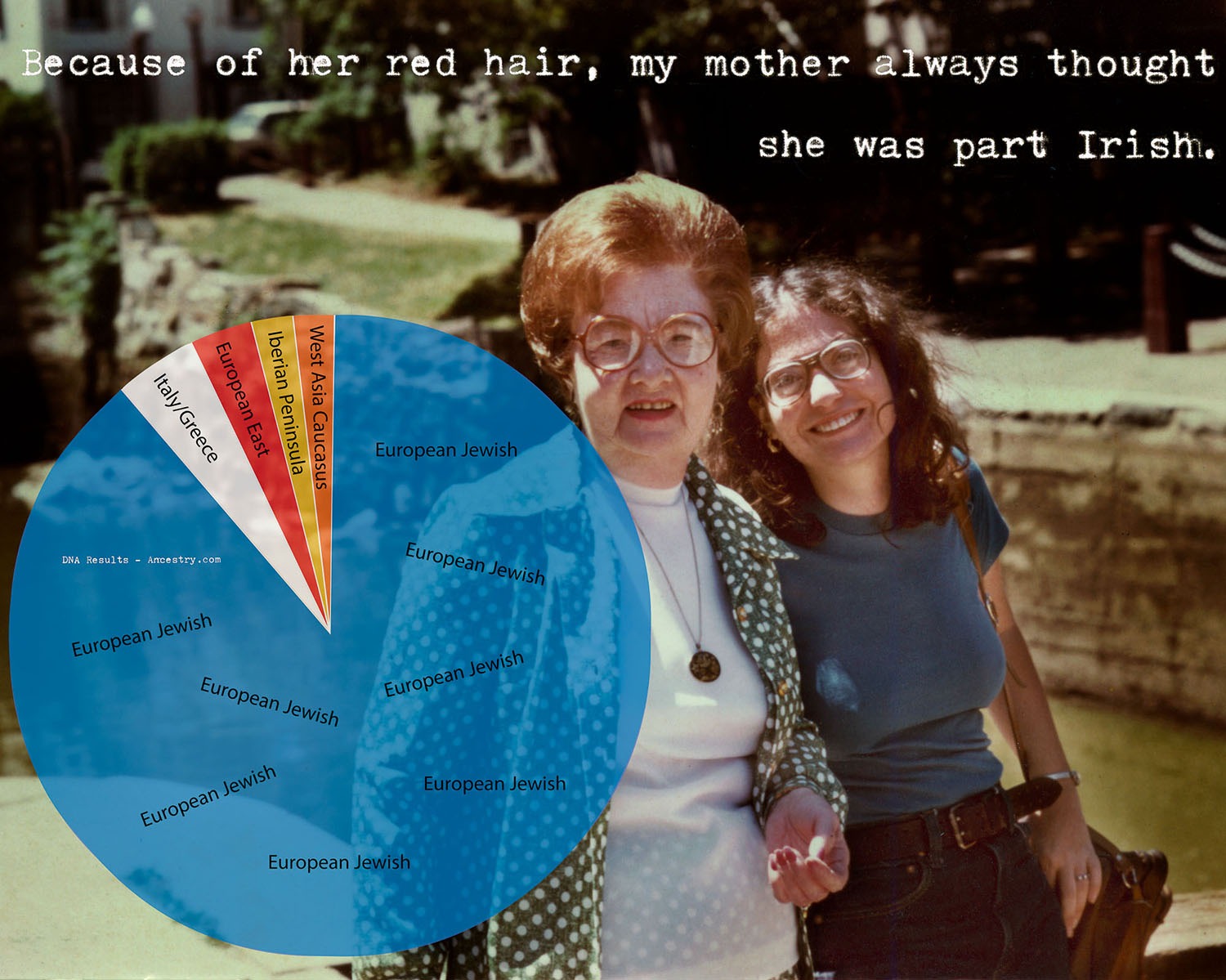 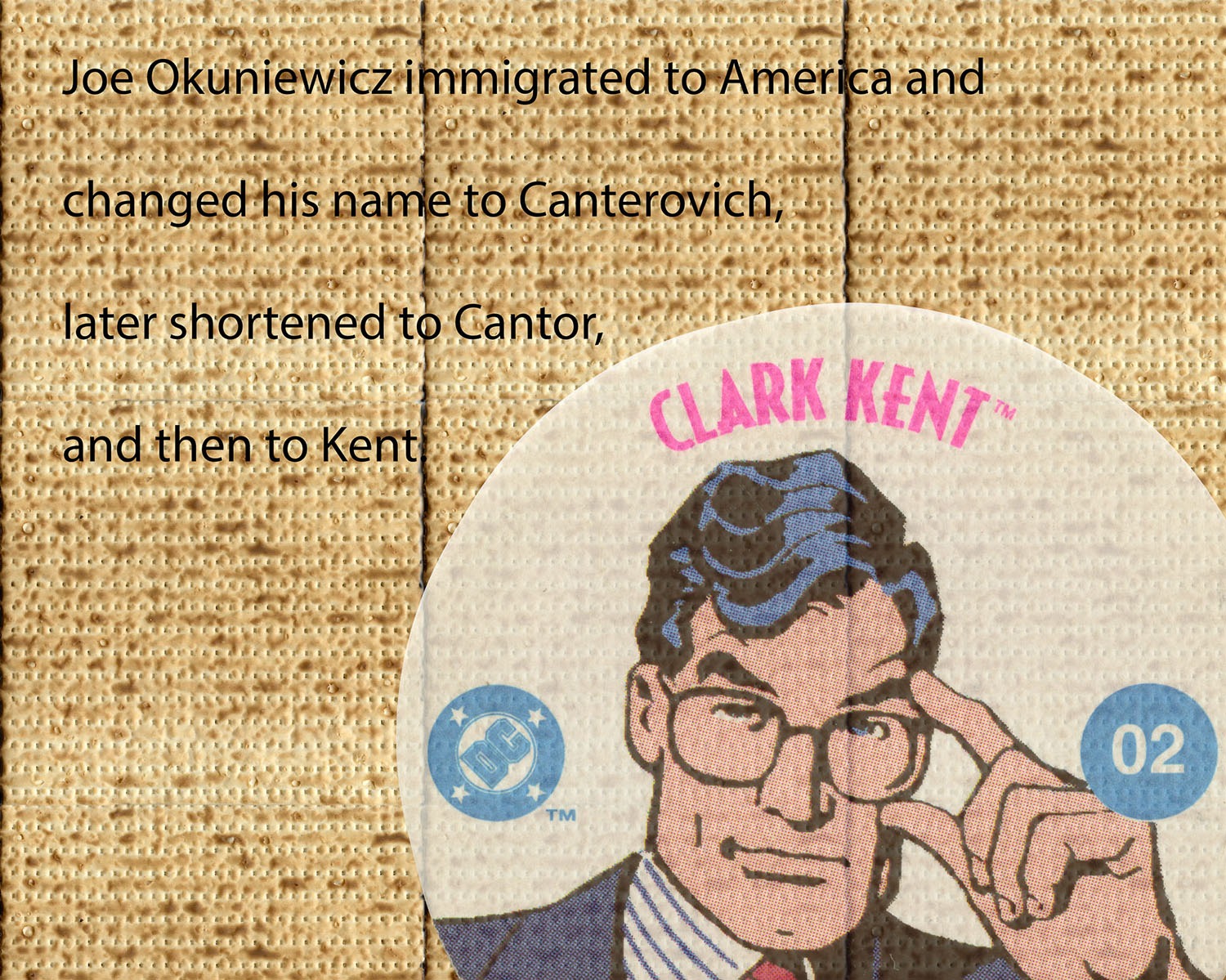 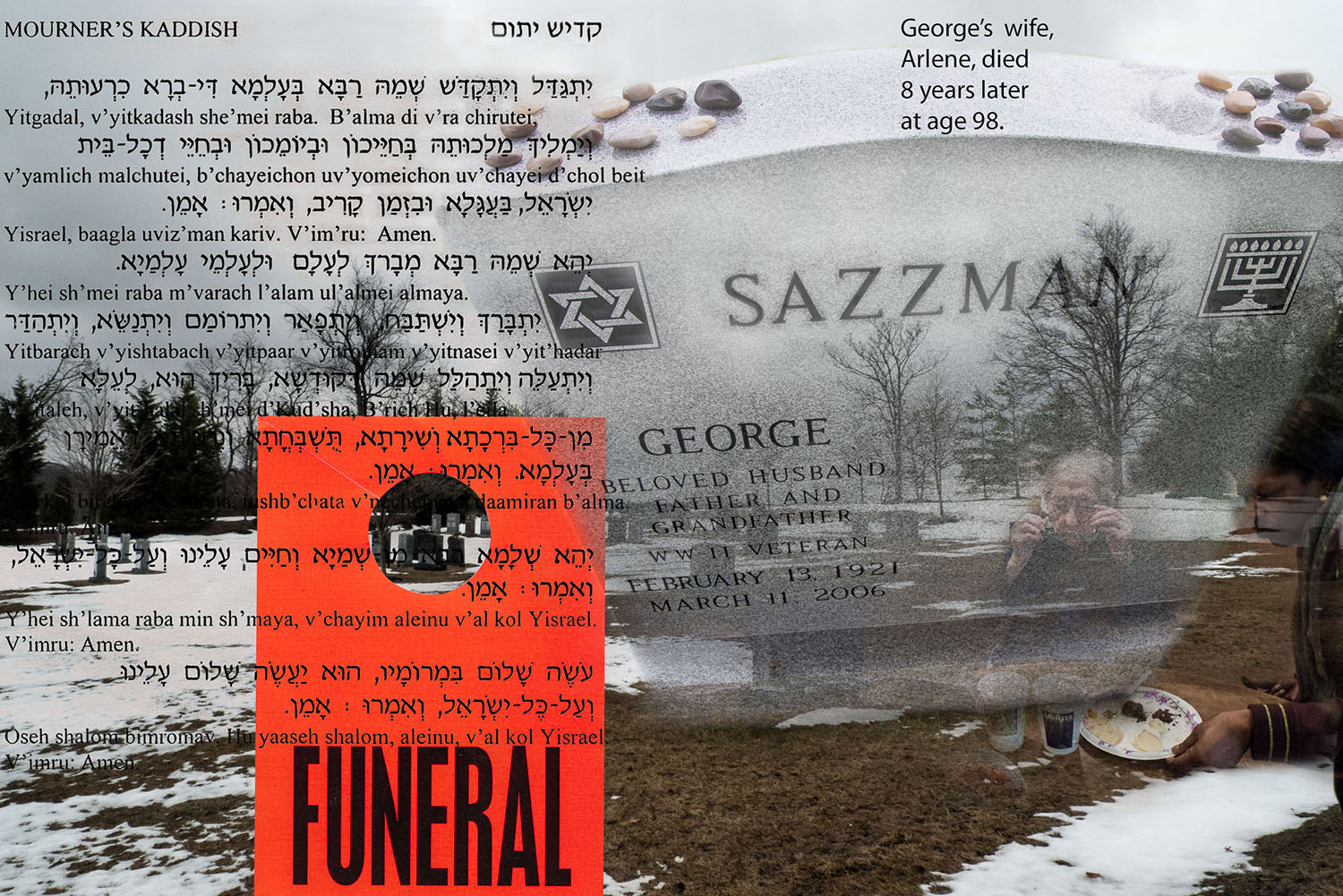 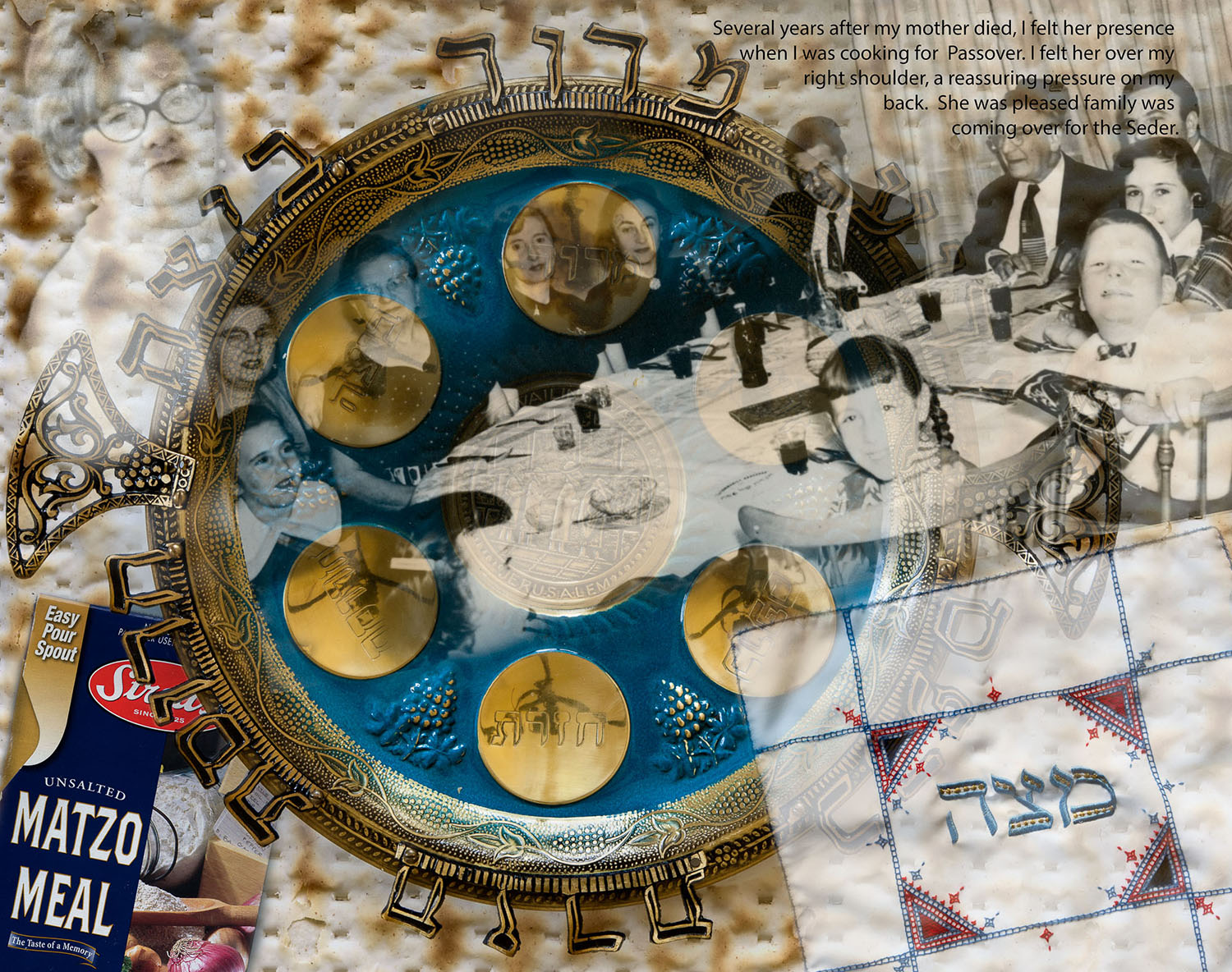 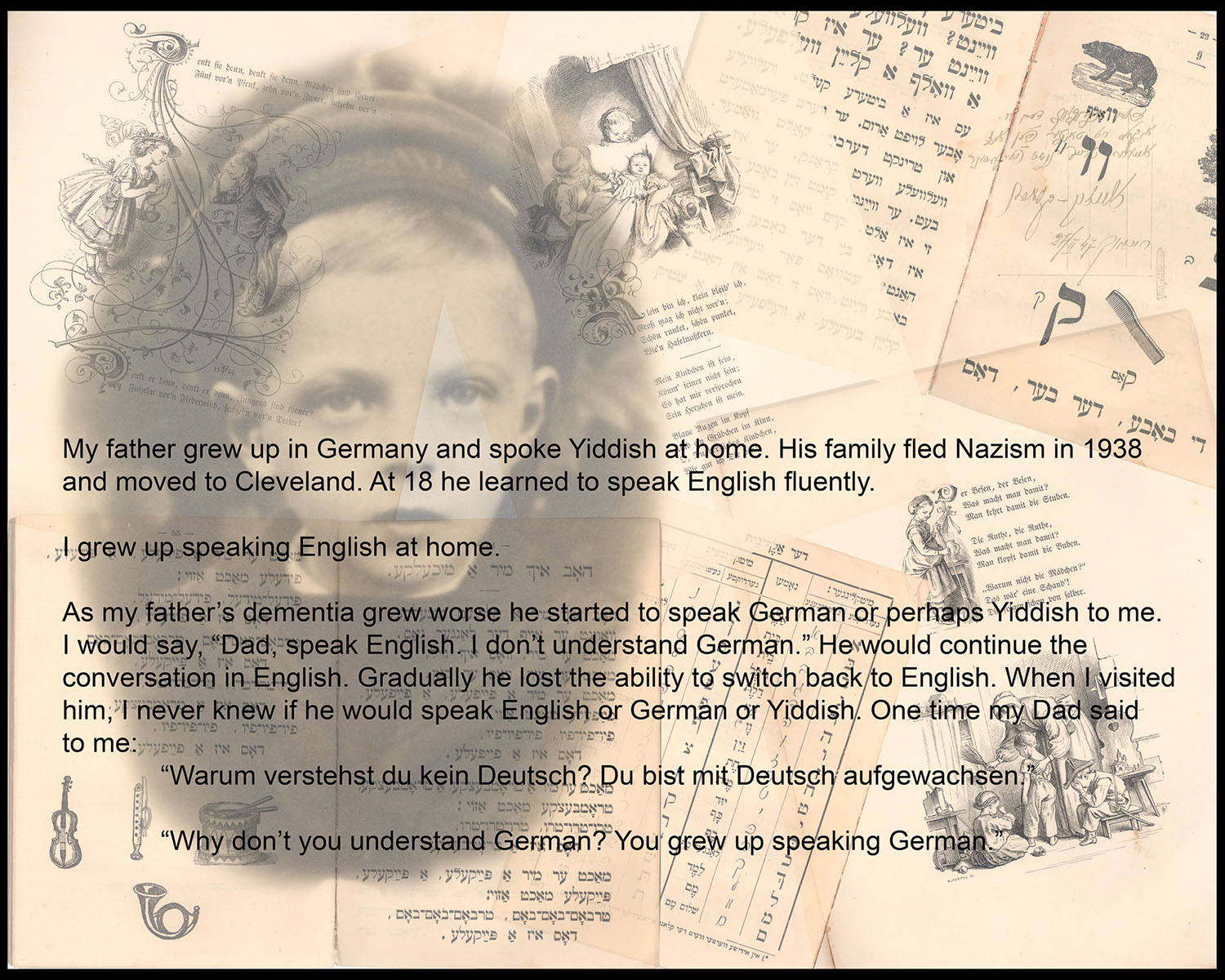 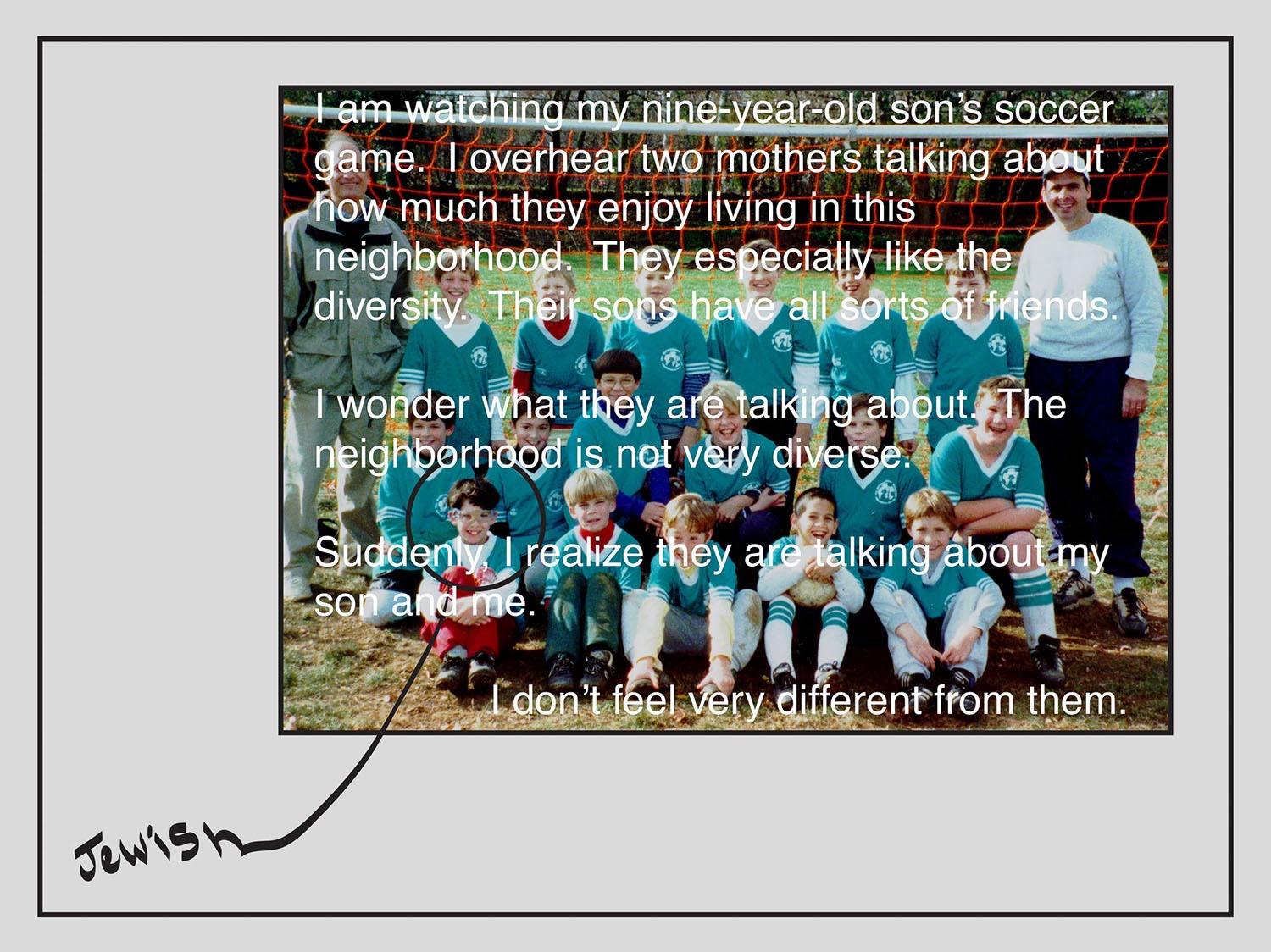 In Immigration / Assimilation, I document the experience of several individual Jews under Hitler’s reign in Europe and their immigration stories. I began with my parents and relatives. The work has broadened to include other families. I was always aware and thankful for my parent’s immigration to the United States. My mother and most of her immediate family came to this country for a better life. Systemic anti-Semitism in Poland restricted their lives. My father and his family fled Nazi Germany in late 1938. Some pieces examine my father’s experiences in Nazi Germany. Jewish Schools documents the 1935 segregation of Jewish public students, many of whom did not know and did not consider themselves Jewish. Dyszman/Dishman explores my mother’s family immigration and assimilation from Poland to the United States. She came to this country with her mother and two sisters. Her four brothers’ journeys were more complicated. This speaks, in part, to society’s differing treatment of males and females. Okuniewicz concerns assimilation. My relative’s surname was changed three times, culminating in an Anglo-Saxon version. Humorously, I analogize this to Superman’s hidden identity: the creators of Superman were two Jews.

If my parents were not allowed to immigrate, they most likely would have perished in the Holocaust. People are often surprised to find out that my parents were immigrants. I suspect that is partially because immigration today is primarily seen as a racial issue. Throughout United States history every wave of immigration is simultaneously viewed with hostility and welcomed. Like so many first generation born Americans, my story is one of survival and success that reflects individual, family, and ethnic struggle. The United States is a nation of immigrants. This is what makes America great.

I frame this recent autobiographical and cultural history artwork in a historical context. Our physical surroundings and family relationships are products of history. As James Baldwin said, “The great source of history comes from the fact we carry it within us, are unconsciously controlled by it … History is literally present in all we do.” My artwork attempts to make this visible.